The average interest rate on equity release mortgages has hit a high not seen for six years, according to new figures.

The typical rate is now 5.63 per cent, according to data from the financial information service Moneyfacts – a rise of more than 1.5 percentage points since the start of the year.

Equity release allows the over-55s to tap into their home’s value to help fund retirement, home improvements and early inheritances, and increased in popularity as rates have fallen in recent years and deals have got more flexible.

In January 2022, the typical equity release customer was paying just 4.10 per cent interest. 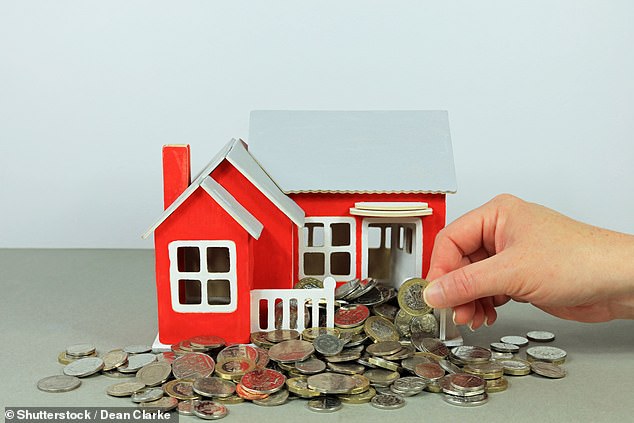 Rate rise: The amount of interest being paid on equity release mortgages is increasing

It is the first time rates have topped 5 per cent since April 2019.

Today’s rates bring the interest paid within just over one percentage point of the rates paid a decade ago in July 2012, which sat at an average of 6.69 per cent.

However, those deciding to use equity release today have far more options. While in 2012 there were just 35 products available, today there are 631 to choose from.

Similar to those wishing to remortgage their home in the traditional mortgage market, it is also possible to switch an equity release product to another deal and lender.

Those who took out equity release plans in the past may still find it is possible to save money by switching, depending on their current rate.

Those who took out the loans more than a decade ago may be on rates as high as 8 per cent, for example.

While the average rate on the market today is 5.63 per cent, there are still plans available with rates as low as 3.5 per cent.

Rates usually increase the larger the amount of money you want to take out of your property.

Those considering equity release can check the latest rates available and compare deals using This is Money and Age Partnership+’s new tool.

The rise comes as standard mortgage rates increase across the board, following five successive base rate rises from the Bank of England.

Equity release loans unlock the value built up in a home, allowing owners to access some of it as tax-free cash.

They allow homeowners aged 55 and over to get a loan secured on their home, at lower loan-to-values than standard mortgages, while still remaining the sole owner.

They can use the money released for anything they like. Typically, it is used to help fund retirement, pay for home improvements or even give early inheritances.

The loan and interest accrued is then repaid through the sale of the property when the last surviving borrower dies or go into long-term care.

However, as the interest accumulates it can become a substantial part of a home’s value and so some deals offer the ability to pay off interest to protect inheritances.

It is important to seek financial advice, compare rates across the market and consider other options such as downsizing before taking out equity release.

> Read our guide: Ten steps to consider before equity release

However, the rates on equity release mortgages are higher than on standard home loans because of the additional risk involved for lenders.

Equity release unlocks the value built up in someone’s home, allowing them to access it in the form of tax-free cash.

It can be accessed as a lump sum or as a drawdown, where the borrower takes out money in instalments as and when they choose.

This reduces the overall interest paid and in the first quarter of 2022 a majority of new customers (54 per cent) chose drawdown plans over a lump sum option, according to the Equity Release Council.

The money can be used to boost income, fund home improvements or for other purposes for those over the age of 55.

The loan is then repaid through the sale of the property when the last surviving borrower dies or go into long-term care.

Interest does not have to be paid on equity release loans and it can be cleared on death. However, as the interest rolls up it can eat up a substantial part of a home’s value and so some deals offer the ability to pay off interest to protect inheritances.

New plans also offer the borrower the ability to make partial repayments during the loan term, reducing the total interest owed – though this is not compulsory.

Interest in equity release still on the rise

Despite the rate rises, the number of people opting to use equity release appears to be increasing.

This has been attributed in part to runaway house price increases, which meant homeowners had more equity to access from their homes. 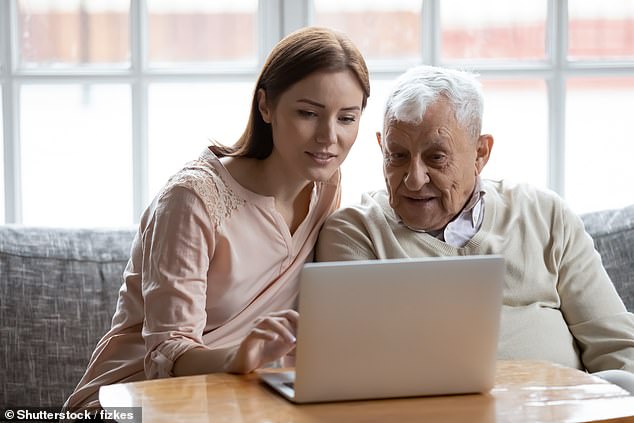 Increased interest: More people are using equity release amid the cost of living crisis, but they are urged to discuss their options with family members and qualified advisors first

In total, 76,000 people used equity release in 2021, including both new and returning customers.

This was a 4 per cent per cent increase from 2020, when just under 73,000 customers either took out new equity release plans, made use of drawdown reserves or agreed extensions to existing plans.

Rachel Springall, finance expert at Moneyfacts.co.uk, said: ‘Retirement plans could be hindered by the rising cost of living and consumers may be considering ways to plug the gap, such as by releasing wealth tied up in their home.

‘Interest rate rises were widespread within the lifetime mortgages sector throughout June 2022. The average interest rate charged has breached 5 per cent and stands at a six-year high.

‘There may be various reasons why consumers decide to use equity in their home to cover costs, such as clearing debts or funding an income shortfall.

‘In the midst of rising interest rates, consumers may feel pressured to take out a lifetime mortgage, but it is imperative they seek independent financial advice to ensure it’s the right choice for both them and their relatives.

‘Homeowners may find they can avoid pulling wealth out of their property altogether, but if it is the most appropriate choice then they must be conscious of how equity release works and its resulting impact.’