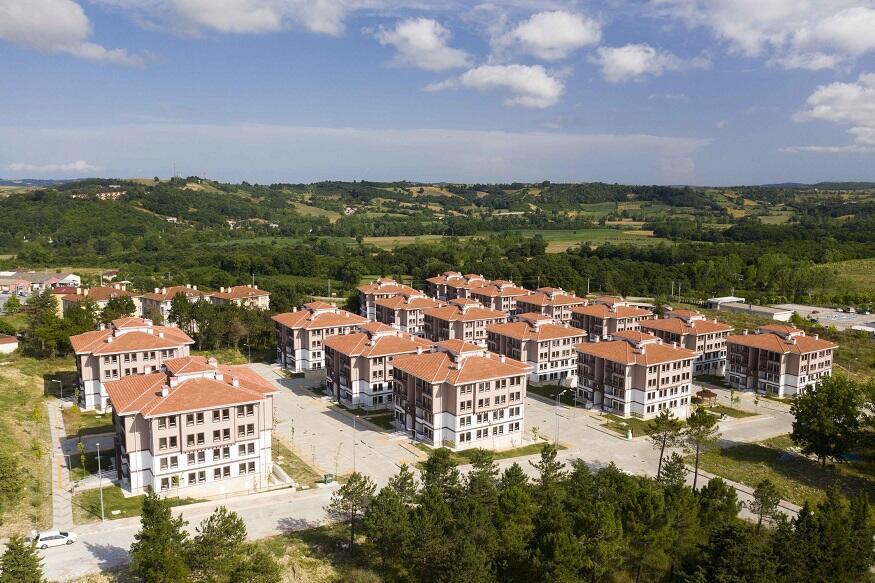 “Home sales declined due to the higher input costs. We are unveiling financing packages to protect people from the fluctuations in the housing market,” Erdoğan said on May 9 following a cabinet meeting.

Loans up with a monthly rate of 0.99 percent and a maturity of 10 years will be provided to first-time homebuyers for houses worth up to 2 million Turkish Liras ($130,000), the president said.

Under a second scheme, dubbed “Broader Housing Financing Package,” loans with a monthly interest rate of 0.89 percent and 10 years of maturity will be provided to those who convert their foreign exchange savings to Turkish Lira or sell their gold to the Central Bank to purchase houses worth up to 2 million liras.

“One other purpose of this [second] scheme is to encourage people to convert foreign currencies and gold they hold to lira,” Erdoğan said.

The president also unveiled that some 20 billion liras have been allocated for the construction industry. This financing will be provided to the companies which have finished 40 percent of their projects, but at least 50 percent of units in those developments were remained unsold as of early May, the president explained.

The companies which pledge not to change the price of units they are selling for a year will be eligible for those loans with up to 36 months of maturity.

Treasury and Finance Minister Nureddin Nebati said on May 10 that the loans for potential homebuyers and first time buyers will be provided by public banks.

Erdoğan noted that the Housing Development Administration (TOKİ) will ramp up efforts to develop houses. “We will provide 30 billion liras of financing to TOKİ to build houses for low-income groups.”

Home sales increased by 21 percent on an annual basis in March to 134,170 units. Mortgage-financed home sales grew by 39 percent to 30,271 units, which corresponded to some 23 percent of all sales.

From January to March, more than 263,000 houses were sold, marking a 21.7 percent increase from a year ago.

Erdoğan also said that the government is aware that the purchasing power of the low-income groups is eroding.

“We are trying to compensate for this decline in purchasing power with the hikes we delivered in wages. We will improve their purchasing power by making additional arrangements in line with the inflation rate in July,” Erdoğan said.