Euri Jenkins Gets Life Sentence for Contract Killing of Wife 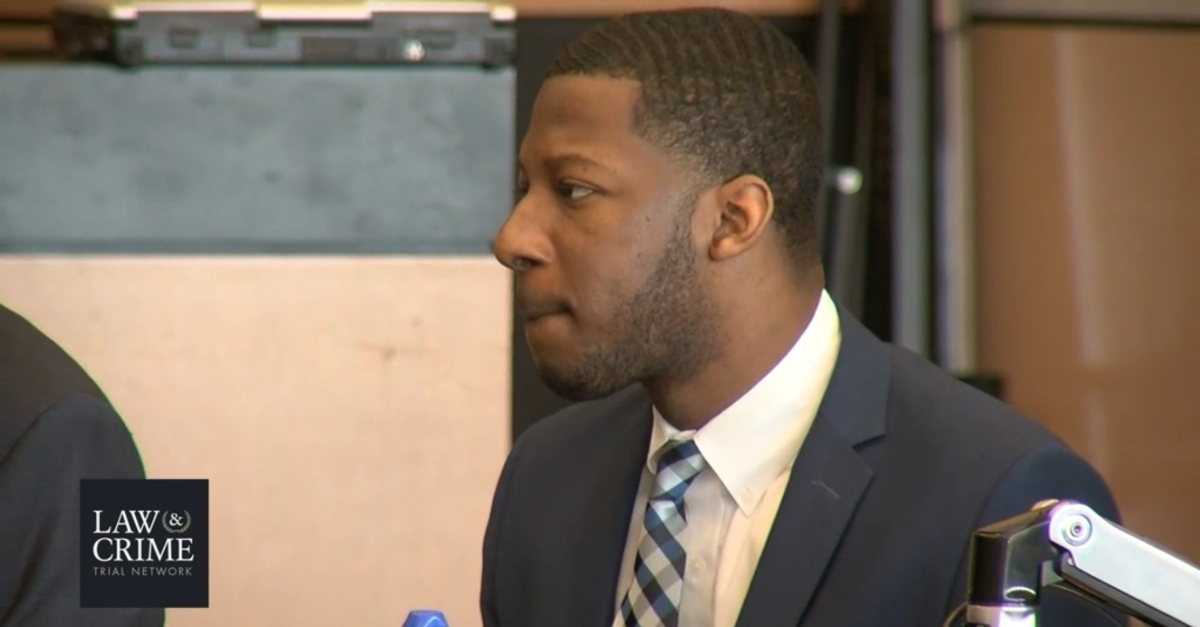 A Florida man was sentenced to life in prison on Friday for hiring one of his friends as a hitman to kill his pregnant wife in order to collect on her life insurance policy during the summer of 2017.

Euri Jenkins, 35, was convicted by Palm Beach County jurors of murder in the first degree over the murder-for-hire plot that took the life of 33-year-old Makeva Jenkins. The defendant did not testify during the years-delayed trial that finally began late last month.

“This has been a long struggle for me, and what has happened to my daughter has affected my life and the life of my family,” the victims’ grandmother, Glora Harold, told the court before addressing the killer and the outcome of the proceedings. “I have nothing bad to say about him. All I wanted was justice for my child. Nobody wins in the case.”

On June 29, 2017, gunman Joevan Joseph, 24, broke into the couple’s Lantana, Fla. home. Wearing a mask, he shot the mother of three in the head while she slept. Joseph was one of three men arrested in connection with the doubly deficient scheme to reward murder.

The violence would all be for naught. The three men were, of course, unsuccessful in covering up their crime after the fact. Euri Jenkins would only later learn, in the weeks after his wife’s murder, that he was not listed as a beneficiary on her $500,000 life insurance policy.

The third man, Dametri Dale, 23, began the state’s case against the defendant by testifying that he arranged the meeting between the since-convicted husband and the man who carried out the plot. Dale previously agreed to a plea deal on charges of murder in the second degree as a cooperating witness. He received 15 years probation for his efforts after turning himself in last month.

“He said, ‘Man listen, this has got to happen right now, today,” Dale told jurors, recalling the first time he was asked about having Makeva Jenkins killed, according to a court report by The Palm Beach Post. “This is the perfect opportunity for it to happen right now.”

Joseph’s sentencing hearing was postponed until after his testimony in Euri Jenkins’ murder trial. The shooter faces a minimum or five and a maximum of 20 years behind bars. He also previously pleaded guilty to murder in the second degree for his role in the killing.

Describing the scheme as a “money play,” Joseph told jurors he agreed to kill Makeva Jenkins for $20,000 and that he was paid $10,000 by the defendant before the murder–contradicting his initial statement to police that he was paid $1,500 for the crime.

“I don’t know what the plan was at the time,” Joseph told prosecutors during one exchange–describing how he saw his eventual victim for the first time during a brainstorming session at Makeva Jenkins’ own home. “There were still a bunch of scenarios in place.”

One plan, Joseph said, was to make it look like both the husband and wife were targets. He said he was paid around the time he first visited the Jenkins house and discovered who his intended victim was.

For the murder, the gunman said he bought a gun off of a friend for $60. Then he dressed in black, went to the residence, tied a t-shirt around his face and found the husband, who instructed him on where to find his sleeping wife–in her upstairs bedroom.

“He was there for one reason and one reason only, and you heard that reason directly from his mouth,” prosecutor Alexcia Cox reminded jurors after Joseph’s testimony, according to a court report by the South Florida Sun Sentinel. “He said he had a job to do, and that job was to kill Makeva Jenkins.”

Makeva Jenkins had requested a divorce in May 2017 but that attempt to separate from husband was abandoned after she discovered she was pregnant. Euri Jenkins was reportedly a serial philanderer. After his wife’s murder, local news reports said he painted himself in two separate lights: preening for cameras as a mourning husband; quickly visiting a strip club.

“We are grateful for the jury’s service and believe they got it right,” Palm Beach County State Attorney Dave Aronberg said on Friday afternoon. “Makeva Jenkins deserved justice, and we think the jury’s verdict accomplished that.”

The first attempt at a trial was shelved in January 2020 after the second day of jury selection when potential jurors told the judge they overheard the victim’s mother discussing the defendant’s guilt.

The verdict and sentencing are below (via the Law&Crime Network):

Have a tip we should know? [email protected]

What happens when interest rates rise

Editor's note: This article will be updated when the U.S. Department of Education releases its application for student loan...