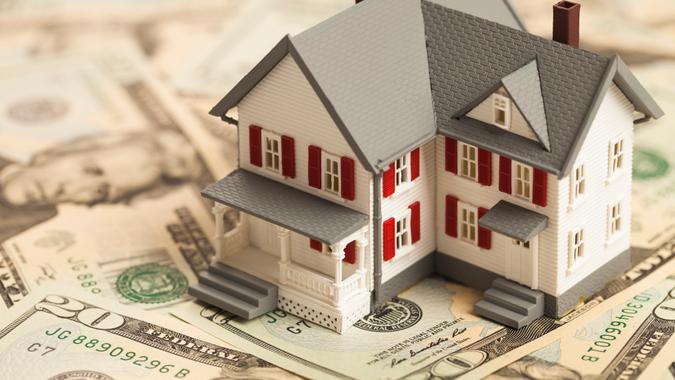 Mortgage rates continue to climb, adding a financial strain to most homebuyers as they struggle to compete in the current housing market. Buyers who agreed to buy homes under construction are facing a number of hurdles, from interest rates — interest rates that are nearly double what they were when they initially made their deposits — to supply chain challenges and labor constraints, The Wall Street Journal reported.

Discover: 8 Items Around Your Home That May Be Worth More Than You Think
More: 9 Bills You Should Never Put on Autopay

Many buyers who signed contracts for new homes in 2021 (or earlier this year) anticipated mortgage rates of around 3% or less. Now, the average mortgage rate has increased to 5.3%, according to Freddie Mac and as reported by the WSJ. This is causing monthly mortgage payments to increase by about one-third compared to a year ago, Freddie Mac noted.

Because these buyers haven’t yet closed on their new construction, their interest rates are subject to fluctuations. Mortgage brokers and home builders say that for now, buyers are hanging on tight — but this could change due to the rising prices of new construction and higher mortgage rates, the WSJ reported.

“It’s just introduced a lot of uncertainty and volatility into the consumer’s decision,” Rick Palacios Jr., director of research at John Burns Real Estate Consulting LLC, explained to the WSJ. “The chances of [the buyer] no longer being able to qualify for this home go up significantly.”

Although builders can resell homes that fall out of contract, an April survey by Palacios’ firm show that waitlists of potential buyers are dwindling.

Because of rising interest rates, Taylor Morrison Home Corp. Chief Executive Sheryl Palmer said — on an April 27 earnings call — she has seen more rate locks of six, nine or 12 months in the past 10 days than in the last five years, the WSJ added.

The Federal Reserve increased its benchmark interest rate by half a percentage point earlier this month, the largest hike since the year 2000, in response to inflationary pressures. Markets expect the central bank to continue raising rates in the coming months, reports CNBC.

Josephine Nesbit is a freelance writer specializing in real estate and personal finance. She grew up in New England but is now based out of Ohio where she attended The Ohio State University and lives with her two toddlers and fiancé. Her work has appeared in print and online publications such as Fox Business and Scotsman Guide.