HSBC Bank Taiwan Ltd (匯豐台灣商銀) holds an upbeat outlook about the growth of sustainability-linked loans (SLL), because higher electricity rates would provide a new incentive for companies to reduce power use, the bank told the Taipei Times in an interview.

The number of SLLs approved by HSBC Bank Taiwan grew eight times year-on-year in the first half of this year, the bank said without disclosing the amount. 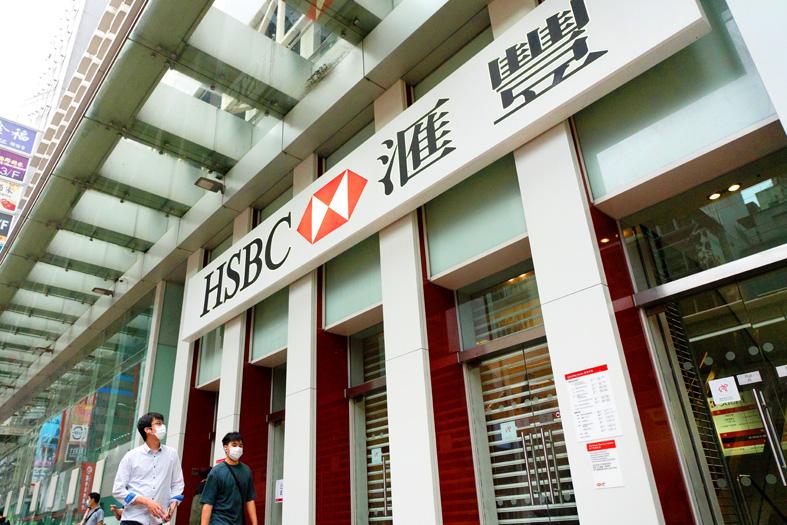 SLLs are different from regular corporate loans in that the debtor needs to set a few targets related to its environment, social and governance (ESG) practices with the bank and if the debtor meets the targets, it would be granted rewards such as discounts on the interest rate.

HSBC Bank Taiwan usually requires its clients that hope to take out a SLL to set three targets and at least 80 percent of the targets are related to environmental issues, such as power consumption and waste water management, commercial banking head Stanley Hsiao (蕭仲程) said in the interview.

With the electricity rate for heavy industrial users rising 15 percent yesterday, many companies would be incentivized to review their manufacturing processes to see whether there is room for reducing power use to save on electricity bills, Hsiao said.

SLLs would be suitable for these firms, as they could set targets for power conservation and once they meet the targets, they would obtain financial rewards, he said.

Although SLLs are often associated with green loans, the two types of loans are fundamentally different because the bank does not restrict the use of the proceeds of SLLs to environmental projects, Hsiao said.

SLLs are more like short-term corporate loans and perhaps because of the comparative flexibility in the use of the funds, they have expanded more rapidly than green loans worldwide, he said, adding that the growth rate is 400 percent to 800 percent.

“Among all our funding linked with the ESG concepts, green loans make up about only 10 percent, while SLLs account for about 80 percent,” Hsiao said.

“Currently, one year after we approve the loan, we review whether the debtor has met the targets, but we are also thinking about more challenging targets that might not be reached in one year,” Hsiao said.