Black Americans — who already make less money, have a harder time securing loans for their businesses and have less financial security — stand to be hurt more than other demographic groups in this uncertain economy.

Black Americans “typically experience higher levels of economic insecurity than Americans overall,” according to the Pew Research Center. Higher interest rates, the increasing costs of food and gas, and a jump in the cost of rent are likely to make that insecurity even more precarious.

“It’s not good, for sure,” Stephen Washington, the director of community engagement, business partnerships, and outreach at Central State University, an HBCU, told The Grio. “If you’re already experiencing income gap realities, inflation has an outsized effect.”

Washington noted the increase in rental costs poses another problem. The real estate site, Redfin, reported that rent increased 15% year-over-year in May, and for the first time, the median rent in the United States surpassed $2,000.

“In this particular cycle, rental inflation has been pretty brutal,” said Washington, a former assistant professor of finance. “African Americans are over-indexed in rent versus own, on a relative basis.” 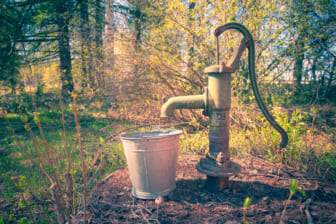 Just 42% of Black Americans own their homes, compared with 69.8% of white Americans, according to the National Association of Realtors. There’s a direct correlation between owning a home and net worth, the realtors association noted. Housing wealth increased by $2.1 trillion in middle-income housing from 2010 to 2020, but with a lower homeownership rate, Black Americans were cut out of much of those gains.

“So there was an undersized participation in the housing valuation boom right now being coupled with sort of historic, short-term increase in rental rates,” Washington noted.

The economy also has an impact on Black businesses, running up their costs and making it more difficult for people to buy their goods.

Most of the country’s 3.12 million Black-owned businesses are sole proprietorships. They pay, on average, 1.4% more in interest than comparable white-owned businesses. As interest rates increase, so does their cost of borrowing. That increase gets passed to their customers, who often live in poorer communities and already struggle with paying for basic necessities.

That leaves both the businesses and consumers in a tough spot. Increase the price of goods and it’s harder for people to buy what they need. Keep the price the same and you might not make enough money to stay open.

George Owusu-Antwi has a name for the increasing interest rates and the fact that Black people often pay more than their white counterparts.

“I would consider that a racist interest rate” since Black-owned companies pay more, said Owusu-Antwi, who teaches finance at Wilberforce and Central State universities, two historically black colleges and universities.

With inflation at a 40-year high, the Federal Reserve has gradually started raising interest rates to make borrowing more expensive and cool down an overheating economy. Analysts believe the higher rates will decrease spending, but Owusu-Antwi notes that will come at a cost.

“Those higher rates, the effect is that you’re going to impact cash flow and profit. If I’m going to borrow money (lenders) look at what I have in the bank. Most Black-owned companies are considered a risk factor because their base is too small,” Owusu-Antwi said. 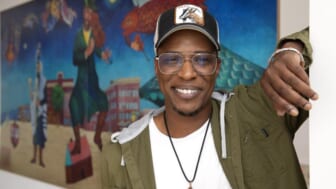 The business landscape remains stark and the community’s just as bad. Lenders “don’t see an opportunity for growth in your business based on the community that you are living in,” Owusu-Antwi said. In other words, if you’re a Black-owned company in a majority-Black neighborhood, you stand a greater chance of being denied a loan, not only because of your business but where you’re located.

All of these factors — increasing interest rates, the higher cost of gas, record rental increases, and pressures on business — point to a bumpy economic ride for the Black community.

3 tips for paying off your mortgage faster – Royal Examiner

3 tips for paying off your mortgage faster – Royal Examiner