The aid will be co-financed with the World Bank and incorporated into the Ukrainian government’s budget, the Japan International Cooperation Agency said. Ukraine will not use the funds for military purposes. 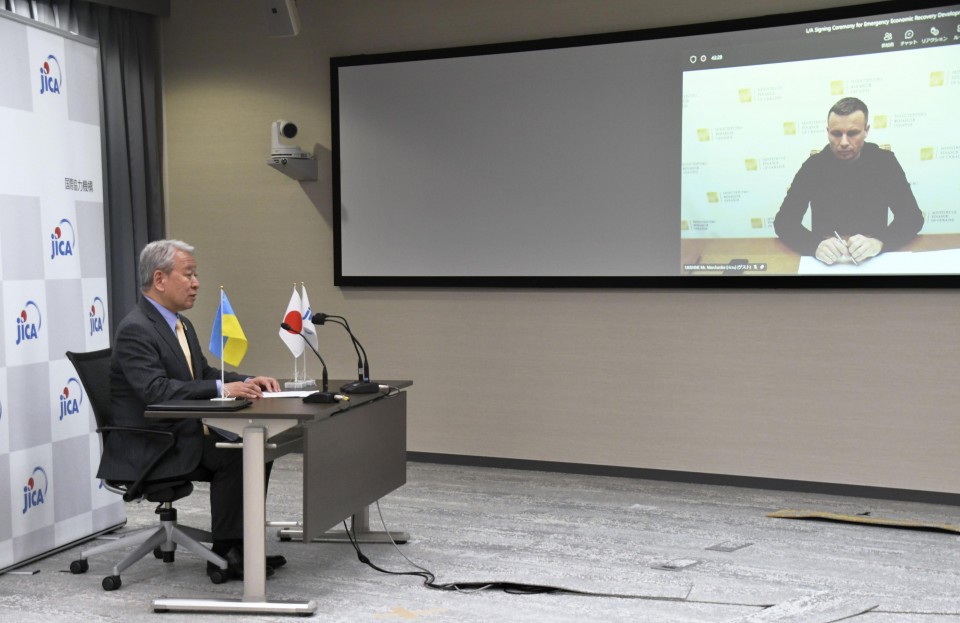 The loan is aimed at “fostering de-monopolization and anti-corruption institutions, strengthening land and credit markets, and bolstering the social safety net,” JICA said.

The “invasion and humanitarian crisis is the greatest challenge faced this century to the international order, and commons values of democracy and the rule of law,” Tanaka said during the signing ceremony.

“Millions of Ukrainians are now fighting not only for the independence of our state but also for the security of Europe and the democratic values of the whole world,” Marchenko said in response.

The agreement came after Prime Minister Fumio Kishida said in April that Japan would increase its total yen loans to Ukraine to $300 million.