Looking To Start Flipping Houses? Here Are 5 Types of Alternative Loans To Look For 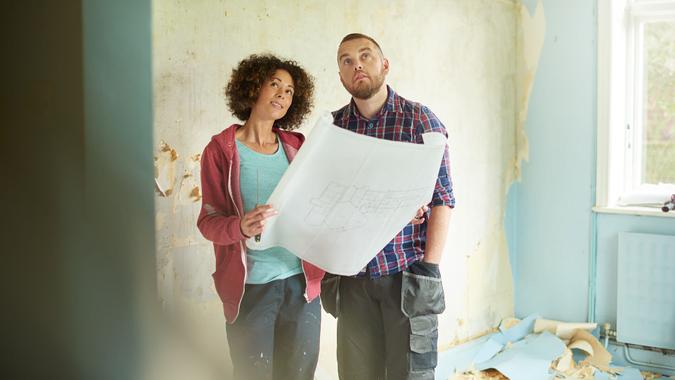 The seemingly never-ending rise of home values in the United States has led to a similar rise in house flipping, which involves buying and then quickly selling a home at a profit. As GOBankingRates previously reported, the average profit on house flipping recently hit $66,000 per home.

See: 8 Items Around Your Home That May Be Worth More Than You Think
Find: In Less Than a Decade, You Won’t Be Able To Afford a Home in These Cities

Those profits are likely to get squeezed by rising mortgage rates, especially if you need to borrow money to buy the house you want to flip. Beyond that, there’s a whole laundry list of other costs to consider, including renovations, utilities, property taxes and homeowners insurance.

Depending on your tax bracket and when you sell, your profits could also get reduced by short-term capital gains tax rates ranging between 10% and 37%, according to Mortgage Professional America (MPA).

If you need to borrow money to buy and flip a home, you probably want to bypass the traditional mortgage route because lenders consider flipping a bigger risk and will likely charge you higher rates. Here are five types of alternative loans, as cited by MPA.

This is a type of a short-term, non-conforming loan that usually comes from individuals or businesses that accept property or some other asset as collateral, according to Rocket Mortgage. This is a good option if you don’t have the best credit score, but you will need some kind of high-value asset to make it happen.

If you consider a HELOC, you’ll need to understand the variable nature of prime-based interest rates and be prepared for potential rate increases during the draw period, a spokesperson for TD Bank told GOBankingRates.

A cash-out refinance involves using the equity from another home you own to invest in the home you are flipping. It’s one of the cheaper financing options because it carries less risk for the lender.

These typically come from people in your personal network such as friends, family members, work colleagues and business associates. The money is usually lent in exchange for a share of potential profits or interest payments. Just make sure to get everything in writing and approved by a lawyer to avoid conflicts down the road.

The key here is to spread the word in a way that lets you amass enough individual investor money to finance the home you want to flip. As MPA noted, this means marketing the project, pitching your business plan and preparing for rejection. You might also have to settle for a smaller percentage of the profits, depending on the arrangement.

Vance Cariaga is a London-based writer, editor and journalist who previously held staff positions at Investor’s Business Daily, The Charlotte Business Journal and The Charlotte Observer. His work also appeared in Charlotte Magazine, Street & Smith’s Sports Business Journal and Business North Carolina magazine. He holds a B.A. in English from Appalachian State University and studied journalism at the University of South Carolina. His reporting earned awards from the North Carolina Press Association, the Green Eyeshade Awards and AlterNet. In addition to journalism, he has worked in banking, accounting and restaurant management. A native of North Carolina who also writes fiction, Vance’s short story, “Saint Christopher,” placed second in the 2019 Writer’s Digest Short Short Story Competition. Two of his short stories appear in With One Eye on the Cows, an anthology published by Ad Hoc Fiction in 2019. His debut novel, Voodoo Hideaway, was published in 2021 by Atmosphere Press.

Outlook for 2023 and beyond lowered by Mortgage Bankers Association

Redomiciliation Of Your Company To Dubai/UAE – Corporate and Company Law

Redomiciliation Of Your Company To Dubai/UAE - Corporate and Company Law