Home ownership in England languishes at about 65 per cent, its lowest level for a generation. This is starting to bite politically, fuelling intergenerational tensions and contributing to the Conservative party’s problem with younger voters. If home ownership rates regained their early 2000s level, some 1.4mn more families would own.

Michael Gove, the levelling up and housing secretary, is on the hunt for a plan that will move the dial on ownership. The answers lie in fixing the way the mortgage market works for first-time buyers.

The government’s previous approach — to boost ownership by ramping up housebuilding — was politically fraught. But it was also doomed to failure. For all the hoopla around it, significantly higher rates of new housing supply would have only a modest impact on house prices over a generation. And house prices themselves are not the most important barrier to home ownership anyway.

Since almost everyone needs a mortgage to buy their first house, the biggest determinant of the home ownership rate is who gets to borrow. And since the financial crisis, risk aversion and tighter regulations mean banks have typically required substantially higher deposits as a proportion of the house price than at any time in the 1990s or early 2000s, driving down home ownership.

This is a major source of intergenerational unfairness. Many more families have been trapped in the private rented sector, though their rent usually outstrips the mortgage interest payments they would make. Meanwhile, those fortunate enough to buy their first home have typically faced much higher interest rates than wealthier buyers with bigger deposits. 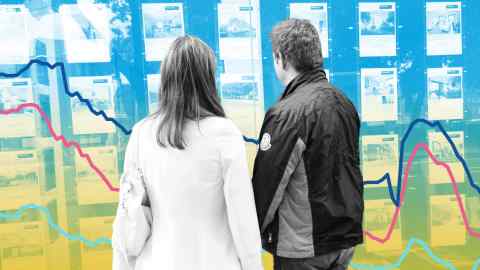 Credit risk is the chance that a borrower will be unable to repay and the lender unable to recoup the loan through selling the house. This drives lenders to prefer bigger deposits. Interest rate risk, where rising interest rates make repayments unaffordable for borrowers, gives rise to stringent affordability tests to ensure they could handle higher rates.

The UK is an outlier globally in having very few mechanisms to manage these risks efficiently, relying instead on a mixture of lender caution and blunt regulation. In Canada, Australia and the Netherlands, by contrast, mortgage insurance is ubiquitous, removing the feast-then-famine volatility we see in UK lending patterns. Meanwhile, mortgage markets in most other countries feature greater use of long-term fixed-rate products. These improve affordability by effectively insuring the borrower against future interest rate rises.

The Treasury’s existing mortgage guarantee scheme, set to close later this year, is not up to the task. Set up in response to pandemic uncertainty, it is only drawn on to insure around one in 20 first-time buyer mortgages issued.

To shift attitudes to risk, the government needs to reform the scheme radically to become a permanent and compulsory system of mortgage insurance for loans above 80 per cent of a property’s value, with the state standing behind the portion of the loan above 80 per cent in case of default. This would prevent lenders using the scheme only at the riskiest moments in the economic cycle, and thereby cut the fee the Treasury charges from its current 90 basis points.

Retaining the current scheme’s design to ensure that banks continue to hold some of the risk that borrowers cannot pay would also safeguard against excessively risky lending in boom times. Such a scheme would have dramatically increased the availability and reduced the price of first-time buyers’ mortgages over the past 15 years.

There is also much the government can do to foster a more diverse mortgage market involving long-term fixed rate products. Over the years, consumer expectations, regulations and the business models of brokers have increasingly developed around the dominant short-term lending model. That has created a self-reinforcing environment that inadvertently limits the diversity of home loans.

A package of measures could change that. Easing restrictions on the number of mortgages lent above a loan-to-income multiple of 4.5 for lenders issuing long-term fixed products would be a start. We should also clarify rules around mis-selling, since brokers and lenders often worry they may be accused at a later date of selling a poor deal on long-term products — yet, for some borrowers, the alternative to a long-term fixed mortgage is to be stuck paying more in rent than they would in interest payments.

Reforming Solvency II regulations — the new governance regime for insurers — would also make it easier for life insurance companies to back long-term fixed-rate products, helping to mobilise the supply of long-term capital. Greater availability of long-term fixed rate products may be critical to sustaining home ownership if, after decades in which they’ve mostly tended to fall, interest rates now keep rising.

Gove’s recent comments on the need to fix access to finance for young people suggest the government now has the right policy levers in its sights. The level of ambition in their proposals will determine whether the plan that emerges will put us back on a path to 70 per cent home ownership or is another damp squib.

To rein in inflation, there will be pain, Federal Reserve officials say. Last week, the Fed boosted its short-term interest...