By Emilia Shovelin For This Is Money

With savings deals rising in recent months off the back of Bank of England rate rises, it is now possible to bag a 3 per cent return on some accounts.

However, those with variable rates might want to check that their bank has automatically raised rates on their pots, as it appears some are not doing so.

One reader, Craig, wrote into This is Money after being left furious to discover that Sainsbury’s Bank hadn’t automatically raised the rate on the variable Isa he holds with his wife.

They’ve had the tax-free account since July 2017 and with those recent interest rate hikes, decided to make sure the rate on their account had risen too. 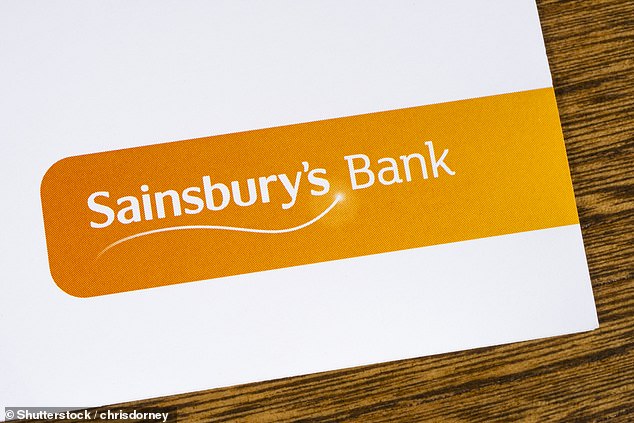 Frustrating: Customers at Sainsbury’s Bank are not seeing interest rates increased automatically on their Variable Isas

It transpired that the account was still earning 0.35 per cent interest, despite it now offering 1.22 per cent on balances in excess of £500 on its website.

Craig telephoned Sainsbury’s to ask why the interest rate had not risen in line with its current rate for this type of account. He claimed he waited 40 minutes to get through.

He said: ‘I was surprised to be told that although Sainsbury’s automatically decrease the rate on accounts if rates drop, I’m expected to contact it to “claim” the new rate if its interest rates rise.

‘Surely, the name of the account – variable – gives a clue which, as far as we’re concerned, means the interest rate automatically varies irrespective of whether that’s an increase or a decrease?

‘All of the other banks we deal with automatically increase or decrease the rate if interest rates rise or fall. Why do Sainsbury’s not do likewise?’

Having a look in the Sainsbury’s terms and conditions for this type of account, in section 4.2 it says: ‘We may offer different interest rates for new accounts.

‘The interest rate on your account won’t automatically change to match the new rates.’

We contacted Sainsbury’s Bank. It told us that it was reviewing the interest rates set by the BoE and what this means for their existing customers.

A spokesperson at Sainsbury’s Bank added: ‘Following the decision by the Bank of England to increase the base rate we are reviewing our interest rates for existing customers.

‘If we make any changes to our interest rates, we’ll contact our customers to let them know and publish any changes on our website and mobile app.

‘Any changes to existing rates are done automatically and in line with our terms and conditions, which are available on our website.

I was surprised to be told that although Sainsbury’s automatically decrease the rate on accounts if rates drop, I’m expected to contact it to “claim” the new rate if its interest rates rise.

Craig – This is Money reader

‘And existing customers can get in touch and switch to our new rates.’

Essentially, in the above, Sainsbury’s Bank say it is reviewing the interest rates on variable ISAs automatically, but go on to give the conflicting message that customers should call to receive the new rates.

When we asked Sainsbury’s Bank to clarify, it said it hasn’t increased rates for existing customers, but are only reviewing new rates.

By opting for a variable Isa savings, it’s fair to assume that savers expect interest rates will increase or decrease as the Bank of England base rate changes.

You were not notified of any change in rates, which lead you to an unreasonable call waiting time to resolve the issue with your own initiative.

The Bank of England has increased base rate five times since December, from 0.1 per cent to 1.25 per cent in an attempt to tackle rising inflation.

Inflation is expected to peak above 11 per cent later in the year, and no savings accounts come close to beating this.

However, rates have been nudging higher after years in the doldrums, including easy-access rates of 1.45 per cent and two year fixes beyond 3 per cent.

This has all been driven largely by challenger banks, with big high street names still offering savers what This is Money dubs ‘insult’ accounts.

Yesterday, Santander upped rates across a range of its savings accounts, in a move that has put many of its high street rivals to shame.

While this still isn’t good enough to feature in our independent This is Money best buy tables, it is far better than many of the other banking big boys.

For example, Barclays is still only offering 0.01 per cent on easy-access, NatWest/RBS 0.4 per cent over one-year and the same rate over two years.

THIS IS MONEY’S FIVE OF THE BEST SAVINGS DEALS

OMS partners with Step One Finance

OMS partners with Step One Finance