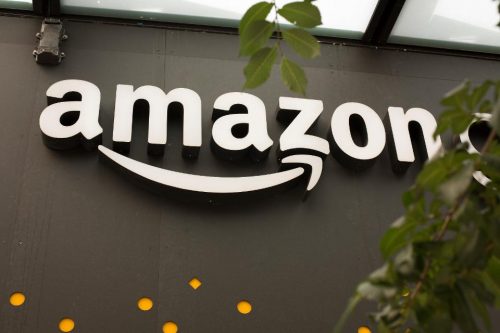 Due to the rising threat of the abortion ban from Republican legislators, Amazon announced on Monday that they were following other companies such as Apple, Citigroup, and Yelp to help their employees make medical treatments more accessible. The treatments include “bariatric care, oncology, congenital anomalies from within 24 months of birth, mental health treatments and in-patient substance abuse disorder services” and abortions.

Healthcare in America has always been an object of scorn from other countries. Our country pales in comparison to nations such as Norway, Australia, and the Netherlands in medical accessibility, mostly due to costs. According to health.gov, 1 in 10 people in the US do not have health insurance. Health.gov states that “people without insurance are less likely to have a primary care provider, and they may not be able to afford the health care services and medications they need.”

Although Amazon is known for its poor working conditions, they are doing the right thing by providing funds to reimburse its employees who need to travel for abortions along with other non-threatening medical treatments. When there is an ongoing attack on women’s rights through the discussion of overturning Roe v. Wade, the inclusion of abortions in Amazon’s reimbursement travel policy is crucial in establishing the common good.

Amazon is the biggest online retailer and second-largest private business. It employs over 1.1 million people in the US where women make up about 31.4% of corporate Amazon employees. Due to the lack of job security and treatment, many Amazon warehouses are debating on whether to unionize. But with Amazon’s new policy, they were able to placate some of the employees’ complaints. The benefit started retroactively on January 1, 2022, so that workers can receive money back on past hospital or clinic visits. If online options for medical care are not available, Amazon plans to cover up to $4,000 for travel each year if treatment cannot be found within a 100-mile radius of the employee’s home. This is especially important for today’s political climate as abortions, which are not available online, are outlawed in certain states.

On May 2, 2022, a Supreme Court first draft was leaked detailing the plan to overturn Roe v. Wade that was written by Justice Samuel Alito. Roe v. Wade was a court case that resulted in legalized abortion federally in 1973 which many legislators from the Republican party have been trying to repeal for years. If Roe v. Wade is overturned at the end of June, this would mean that “individual states would be allowed to ban abortion if they wish” and set us back both legally and socially about fifty years. At least thirteen states would outlaw abortions if the new Supreme Court document comes to pass. These states include Louisiana, Arkansas, Mississippi, Tennessee, Kentucky, Texas, Oklahoma, Missouri, Wyoming, South Carolina, North and South Dakota, Idaho, and Utah. California’s Governor Newsom, however, stated that “California will do its best to provide for as many people” as possible. Thus, people would need to travel out of their home states to get access to abortion care, and Amazon’s new policy would aid in supporting the employees without proper resources and funds.

The draft to overturn Roe v. Wade is atrocious as it limits the care for women’s reproductive rights. This would affect women’s health and safety. However, Amazon’s new policy to reimburse employees’ travel expenses to long-distance medical facilities comes at an opportune time. Although I think that Amazon’s travel reimbursement was a product of inhibiting union behavior, I believe that many people will benefit from it. If the Supreme Court overturns Roe v. Wade, workers will have to rely on their employers for their health benefits and for travel expenses when searching for abortion care.

It is unacceptable that many people can’t pay for proper treatments for themselves and their families and that abortions are not recognized as a medical treatment in some circles. But, the most important thing is that the people can gain access to the heath treatments they need, and by providing people with access, no matter the reason, Amazon has done a good thing.

How to take advantage of rising interest rates

How to take advantage of rising interest rates