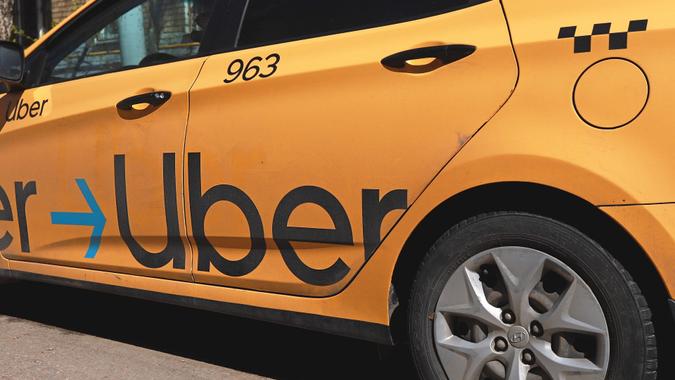 A California law designed to improve working conditions for rideshare drivers while also keeping fees down might have done the latter without doing the former, according to a new study from PolicyLink. Among other things, the study found that local Uber and Lyft drivers make a median net wage of $6.20 an hour — well below California’s minimum wage of $15 an hour.

See: What Is the Highest Income for Food Stamps in 2022?
Find: 8 Best Remote Jobs That Pay at Least $50 an Hour

Bonus Offer: Open a new Citi Priority Account by 1/9/23 and earn up to a $2,000 cash bonus after completing required activities.

The study, released on Sept. 21, was the result of a collaboration between PolicyLink — a progressive research and advocacy organization — and Rideshare Drivers United, a California driver advocacy group. Much of the research was done by PolicyLink partner National Equity Atlas, which published the results on its website.

The law in question is Proposition 22, which was approved by voters in 2020. According to National Equity Atlas, Prop 22 allowed rideshare companies such as Uber and Lyft to legally classify their drivers as independent contractors not subject to basic employment protections. This was the case even though drivers cannot set their own fares, or other working conditions traditionally part of independent contractors’ rights.

The partnership assessed how compensation under Prop 22 compares with what compensation would be if the drivers were classified as employees. It also conducted interviews with a subset of drivers to better understand their working conditions under Prop 22, the challenges they face because of the pay and benefits structure — and the extent to which they feel they have control over their work.

Among the study’s key findings:

Those results won’t come as a surprise to rideshare drivers. Vitali Konstantinov, who started driving for rideshare companies in the San Diego area in 2018 and is a member of Rideshare Drivers United, told Wired that driving “has only gotten more difficult” since Proposition 22 passed.

“Although we are called independent contractors, we have no ability to negotiate our contracts, and the companies can change our terms at any time,” Konstantinov said. “We need labor rights extended to app-deployed workers.”

In response, Uber spokesperson Zahid Arab wrote in a statement that the study was “deeply flawed,” adding that his company’s internal data shows that tens of thousands of California drivers earned $30 per hour on the dates studied by the research team. However, Uber’s figure does not account for driver expenses.

Take Our Poll: How Do You Typically Split the Restaurant Bill?
More: $2,000 Quarter? Check Your Pockets Before You Use This 2004 Coin

Per Wired, Lyft spokesperson Shadawn Reddick-Smith called the report “untethered to the experience of drivers in California.”