What Does the Fed Interest Rate Mean for U.S. Bancorp?

It’s been 40 years since investors have seen inflation run as high as it has in recent months. In April, the consumer price index (CPI) rose to 8.3%, down slightly from 8.5% in March but still around levels not seen by investors since the 1980s. Inflationary pressure can be linked to the massive fiscal stimulus by governments to address the COVID-19 pandemic, supply chain issues, geopolitical uncertainty, and rising energy prices.

The Federal Reserve is looking to cool down these inflationary pressures by raising interest rates to curb demand. Whether that works or not is still to be seen, but we know that the Fed is committed to raising interest rates. The Fed has already raised its target interest rate to hover within a range of 0.75% to 1%, up from the range of 0% to 0.25% seen earlier this year. According to CME Group, the market expects rates to finish this year in a range of 2.75% to 3%.

Rising interest rates affect every aspect of the stock market. One industry that is most sensitive to rate changes is banking stocks, and one bank ready to take advantage is U.S. Bancorp (USB 0.28%). 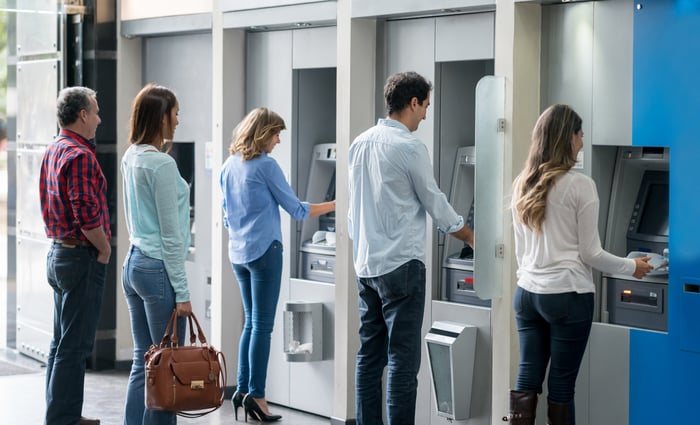 Banks have historically made money doing this

Net interest margin (NIM) measures a bank’s profitability and is calculated using the difference between interest paid and interest received divided by its average earning assets.

Banks of all sizes have been dealing with NIM compression due to record low interest rates over the past decade. These tight margins have made it harder for banks to generate good growth from interest income, and have pushed them to look toward other sources of revenue. 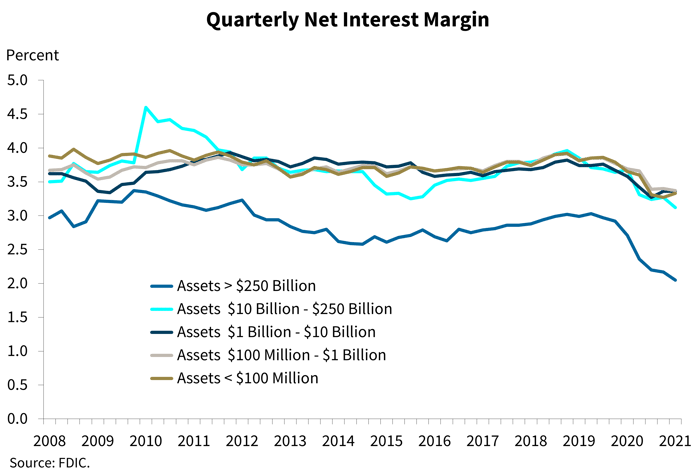 Why U.S. Bancorp could benefit more

U.S. Bancorp is a bank that has been hurt by lower rates more than other banks. That’s because the bank relies on traditional or commercial banking to generate revenue, primarily from net interest income. Other banks like JPMorgan Chase and Citigroup have investment banking divisions to boost earnings during times of low interest rates. U.S. Bancorp doesn’t have this privilege.

However, this focus on traditional banking gives the bank an advantage in the form of high-quality assets. These high-quality assets are a big reason why U.S. Bancorp has delivered a strong return on equity (ROE) compared to its peers of the last decade. ROE is another metric that shows how well a company generates profits from investors’ money.

Rising interest rates coupled with the bank’s strong commercial loan growth, whose balances were up 10.5% from last year, should serve as a tailwind to U.S. Bancorp’s business. While a slowing economy poses a risk to U.S. Bancorp, the bank is still well-positioned to profit from rising interest rates with its high-quality loans, and should see business pick up as travel, airlines, and hospitality sectors bounce back.