5 Lessons My Dad Taught Me About Money

by Matthew Upton
in Life insuranace
0 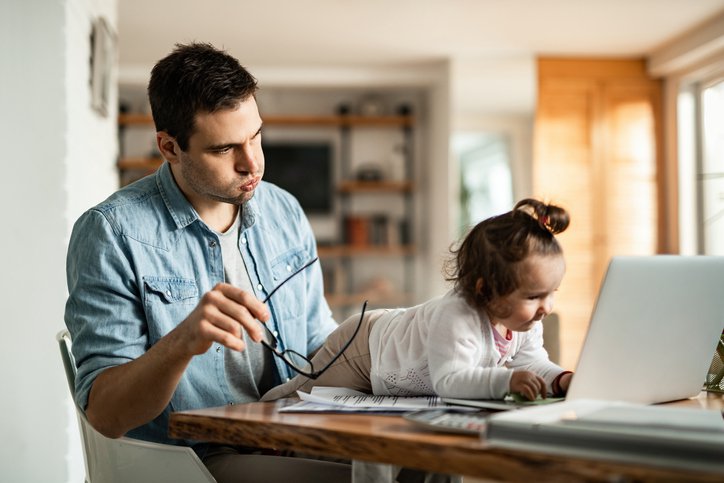 Parents are the first to teach us about financial management.

My dad has been gone for nine years this summer, but he still looms large in my life. I think of my father as I make tough decisions, measuring what I’m about to do against what I believe he would do in the same situation. And I certainly think of Dad as I navigate financial waters, hoping to emulate his wise, measured approach to money management. I may not be able to drop by his house with a Father’s Day gift this year, but I can make my father proud by remembering these five important lessons.

1. Live below your means

When I was a kid, I remember being embarrassed by my father’s frugal ways. When my grandfather gifted my parents with an old, vinyl sofa, I was sure it was a temporary placeholder until Mom and Dad could get out to Montgomery Ward or JCPenney and buy a new one. But darn if that ugly green thing didn’t sit in our living room for years. For Dad, the idea of buying a new sofa to replace a perfectly serviceable piece of furniture was financial madness.

Forget that our bottoms stuck to the vinyl on hot summer days or that standing up too quickly produced the most unfortunate sound. Dad wasn’t about to waste money on something we didn’t need.

Even after he retired from the Marine Corps and took a civilian job, my father viewed money as a tool. You could buy whatever your heart desired today, or you could put that money somewhere it would grow and help secure your future. Living below his means allowed him to accomplish his goals.

Perhaps because he was a Marine, Dad focused on making sure Mom would have whatever she needed if he died. And when kids came along, he doubled down on his efforts. When Dad left for his first tour of Vietnam, he made sure there was plenty of life insurance to see us through if he did not return.

My father always dreamed of driving an Audi Fox, but he never bought one. Instead, he bought a Volkswagen with no air conditioning and no radio. Frugal and apparently, able to withstand hot, muggy Missouri days. The money he saved went into building a financial safety net for Mom. He also built college accounts for my siblings and me and took us on educational vacations to museums, presidential libraries, and Civil War battlegrounds.

My father knew how to prioritize spending, and we were his priority.

3. Your value has nothing to do with what you own

The home my parents raised their four children in was just shy of 1,200 square feet. As mentioned, Dad didn’t drive a fancy car, and we went shopping twice a year: Once in August for school clothes, and once in May to replace the summer clothes we’d outgrown.

What I didn’t realize until after he died was that the nest my father had spent years building was really comfortable. Dad had made such careful financial decisions over the years that his investments had flourished.

Here’s the thing: The man was comfortable in his own skin. He knew his value as a husband, father, son, brother, and friend. There were people in the world who would have done anything for him, just because he was such a decent human being.

Small house, clunky car, and embarrassing sofa aside, his value had nothing to do with what he owned.

Once, when I was a young adult, my Dad and I were talking about investing. He laughed and said, “Before you make an investment, look at what I’m invested in. Then, invest in something else.” His investments had taken a beating that year, as had the stock market as a whole.

Still, he remained calm, confident that the market would rebound. He knew that if he wanted his investments to grow, he had to leave them alone.

I lived 1,500 miles away from my father as he faded into the fog of vascular dementia, but we talked on the phone regularly. Even then, he would regale me with the details of an article he read in Modern Science or a fact he learned in National Geographic.

Sometimes his strategy flopped, and sometimes it worked like a charm, but I’ve come to believe that was the fun of it for Dad. He knew that every investment did not have to be a winner. As long as some won, he was money ahead.

I’m moving out of state soon and have been feeling guilty about how seldom I’ll be able to visit my parent’s graves. Even as I write these words, I can hear my dad laugh and remind me that no matter where I go, he’s there with me. I’m certain his lessons are.

If you’re using the wrong credit or debit card, it could be costing you serious money. Our expert loves this top pick, which features a 0% intro APR until 2023, an insane cash back rate of up to 5%, and all somehow for no annual fee.

In fact, this card is so good that our expert even uses it personally. Click here to read our full review for free and apply in just 2 minutes.