Black women must advocate for better health care and awareness –

Left, Shana Swain, Jenee Skipper, and Jacinta Sherman were all diagnosed with lupus after years of misdiagnosis and being ignored by their doctors.

ST. PETERSBURG — Chances are you’ve heard of lupus before. But beyond knowing that a friend of a friend or a distant relative has it, you know little else. With so many diseases and infections in the world, no one can blame you for not being up-to-date on every single one.

However, with lupus, statistics show it is a significant cause for concern for the Black community, in general, and women of color, specifically. According to the Centers for Disease Control and Prevention, an estimated 1.5 million Americans have lupus. Of those diagnosed with this autoimmune disease, about nine out of 10 are women between the ages of 15 to 44 (childbearing age).

Sadly, women of color comprise the largest group of people living with this disease in America. Lupus is two to three times more prevalent among African-American women than white women. Not only that, but the severity of the disease is also higher among them.

Research reveals that lupus affects approximately 1 in 537 young African-American women. Systemic Lupus Erythematosus (SLE), the most common form of lupus, is nearly three times as prevalent in Black people than in white people. A Lupus Foundation of America-funded study found that overall, lupus was among the top 20 leading causes of death in females between the age of 5 and 64. For Black and Hispanic women, it ranked fifth for women between the ages of 15-24, sixth for women aged 25-34, and eighth to ninth for women between 35-44.

Black women are not just more inclined to get the disease; they are more likely to experience severe health challenges as well. Studies have shown that compared to women of other groups, African Americans with lupus have a higher frequency of seizures, strokes, dangerous swelling of the heart, and an increased proportion of renal disease and progression to end-stage renal disease, while Hispanic women have more heart problems than any other group.

Unfortunately, Black women have a higher chance of dying from this disease. The cumulate mortality rate for Black people with SLE is significantly higher when compared with Caucasians. Black women are more likely to die sooner after being diagnosed and are approximately 13 years younger.

Although there is no definitive conclusion ‌why women, in general, and women of color, specifically, are prone to develop lupus, researchers think genes play a role in how lupus affects minority women.

Life with lupus in the Black community

The lack of knowledge of the disease by medical practitioners and the systemic racism that is endemic in the medical field all ensure that African Americans either do not seek medical attention or are not diagnosed promptly. This leads to medical complications like those experienced by Shana Swain, whose initial symptoms were not fully investigated, resulting in seven years of being underdiagnosed. 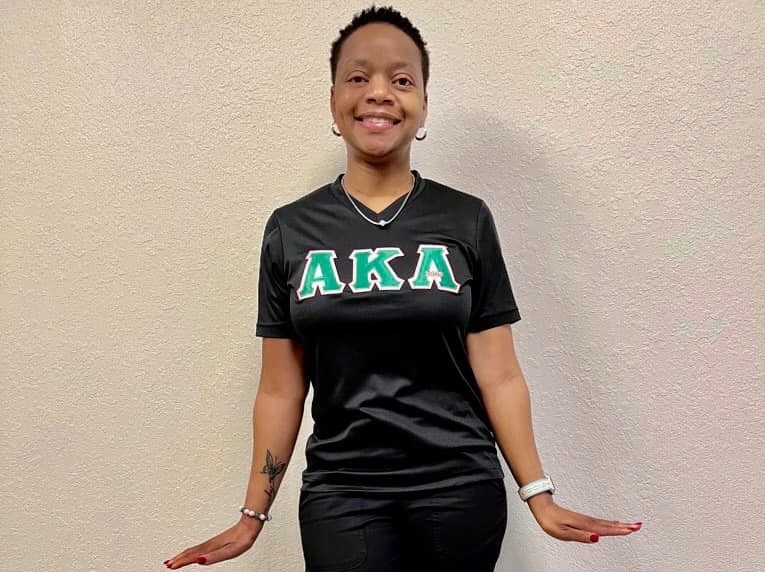 Shana Swain spoke to members of Congress in Washington, D.C., asking them to acknowledge the health disparities in underserved populations, and pushed for additional funding for lupus research and affordable treatments.

A significant challenge with lupus is that many of its symptoms are also symptoms of other diseases. As such, it is common for sufferers to be misdiagnosed, and often for many years.

According to a 2015 paper published in the “Annals of the Rheumatic Diseases,” on average, lupus patients delayed seeking medical attention for more than two years from when they first started noticing symptoms. It took another three and a half years to get a formal lupus diagnosis and receive proper treatment.

As one might imagine, this can lead to long-term detrimental effects. This was the case for Swain, who was initially diagnosed with fibromyalgia and mixed connective tissue disease in 2003 by a rheumatologist when she first started experiencing symptoms.

Swain was only correctly diagnosed with lupus in 2010, but by this time, major organs had been severely affected. She experienced brain lesions, decline in her heart and kidney functions, gastroparesis, chronic anemia, and bone marrow insufficiency.

What women of color need to know about lupus

Black women, or their family members, are put in a position where they must advocate for themselves to be taken seriously and properly diagnosed. Patients with lupus need to know what is abnormal for their bodies and health.

Jenee Skipper felt like her doctor did not believe her and even lacked sensitivity based on her results, to the point where she felt like she was a hypochondriac. She had to make the connection for herself between the various autoimmune deficiencies her family members were experiencing and her symptoms.

When Skipper shared this information with her doctor, she could finally get the right diagnosis. Before that, they had misdiagnosed her as having irritable bowel syndrome, Crohn’s disease, and scleroderma. 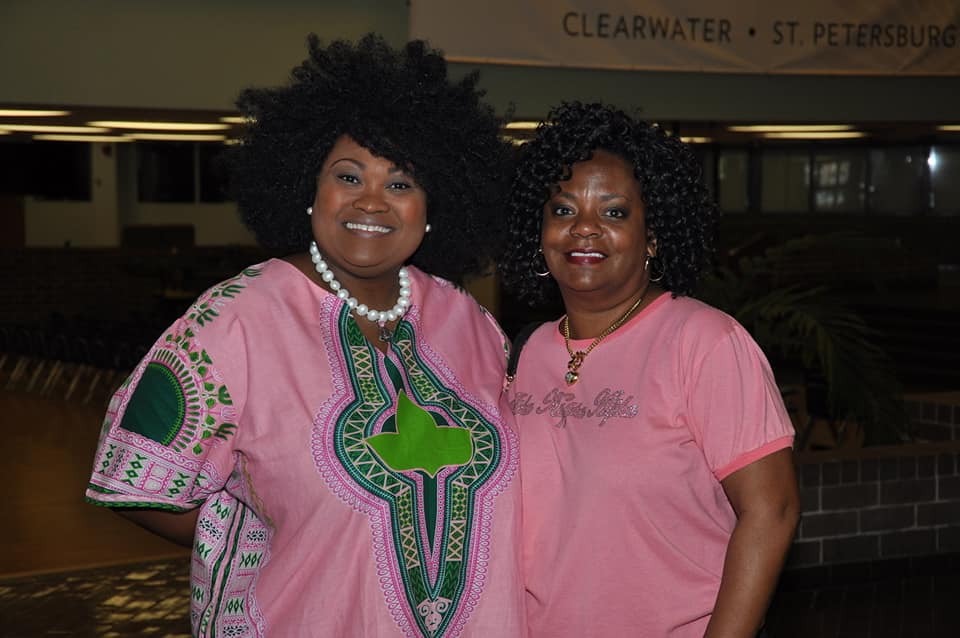 Jenee Skipper, left, wants people struggling with lupus to educate themselves and their family members on the signs of autoimmune disease so that they can understand their family’s medical history, gain better awareness, and monitor their symptoms. Skipper is seen here with Manitia Moultrie.

A study published in 2018 titled “Barriers to Treatment Adherence Among African American and White Women with Systemic Lupus Erythematosus” supports her experience. The study highlighted a general lack of empathy experienced by Black women by medical providers. The lack of empathy has led to a lack of trust between patients and their providers, causing poor communication between both parties. As one would imagine, this only increases the suffering of the patients.

It is interesting to note that since her diagnosis, Skipper has lost three members of her family to this autoimmune disease — her mother and two cousins. Within this single-family, each member had different symptoms of the same disease.

Her mother experienced skin issues, while her two cousins did not. Skipper experienced extreme fatigue, swelling, challenges with her gut, nausea, and sensitivity to touch and sunlight — four people with different presentations of the same disease.

If she had left her medical care in the hands of doctors, she might have suffered many more years before finally finding out what was wrong. Skipper understands that women of color and their loved ones must raise awareness and continue advocating for their care.

You just don’t feel well, and doctors are saying you are not sick enough

Before being diagnosed with SLE in January 2021, Jacinta Sherman suffered from flu-like symptoms, rashes, and headaches for years. She had seen doctors during this period, mentioned her symptoms, and talked about the joint pain and body aches she was experiencing, only to be told it was all in her head.

Doctors told her she either did not know what she was experiencing, did not know what pain was, or was experiencing growing pains. At one point, she was even called “drug-seeking.” After being misdiagnosed with high blood pressure, she took steps to improve her diet, exercised more, and lost weight. When her aches and pain only increased, out of frustration, Sherman vented her feelings about her health to a friend. 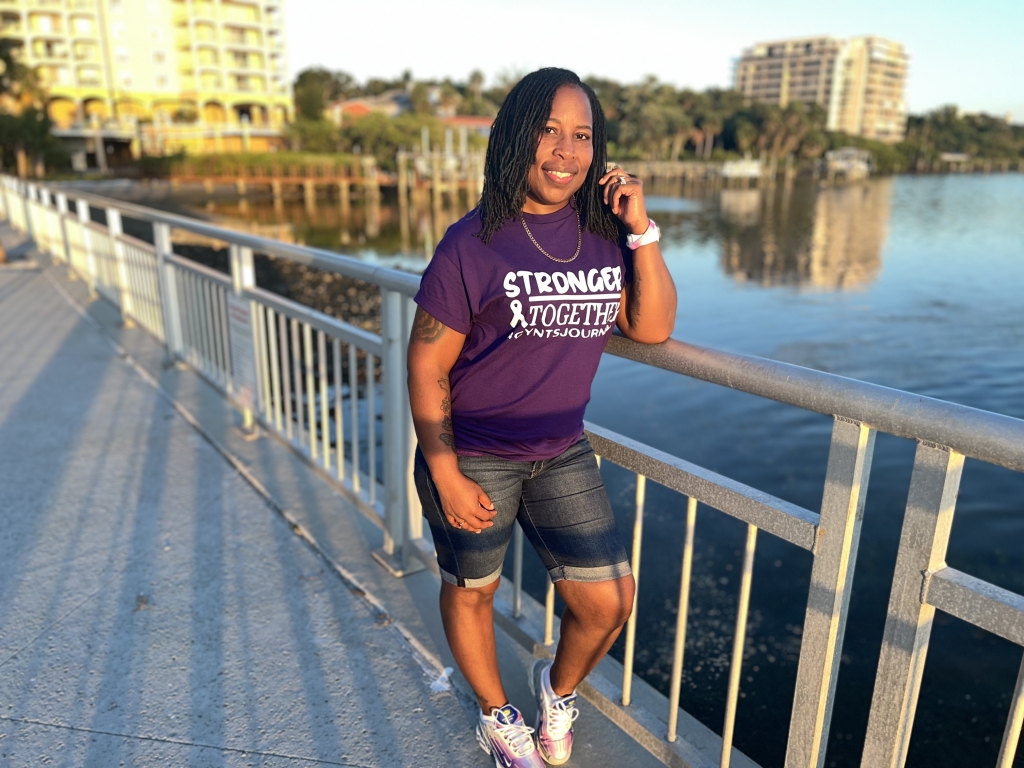 Jacinta Sherman suffered from flu-like symptoms, rashes, and headaches for years. After being misdiagnosed with high blood pressure, a friend told her to get tested for lupus.

Fortunately, Sherman’s friend had a relative with lupus, and seeing similarities between the two, her friend advised her to ask to get tested for lupus. Sherman took a few days to educate herself on the disease, its symptoms and treatments before requesting the test. Her primary doctor confirmed her suspicions in November 2020 and referred her to a rheumatologist. The following January, she finally got an answer to why she was feeling so bad.

For a person with lupus, “I don’t feel good” could mean anything as symptoms pop up and go at any time. Before Sherman’s diagnosis, she experienced flare-ups while serving in the army. Her skin reacted to cold temperatures, turning red, and she experienced rashes and hives.

Women such as Sherman can go years without a proper diagnosis and treatment because lupus symptoms can range from mild to severe. A person who usually experiences one flare-up can suddenly start having a totally different and new one.

Black women must fight for their care

Due to negative assumptions about Black people in the medical field, many in the Black community do not expect to be believed concerning what their bodies are experiencing. It’s unfortunate, but it’s nothing that the Black community has not dealt with before. Do not allow doctors or medical practitioners to confuse or dictate how you feel. Keep advocating for yourself until you have the answers you need to get the necessary treatment.

The fight does not stop even then. You need to continue battling for access to the proper treatment. After the healthcare system failed to diagnose Swain’s health challenge on time, she had to fight her health insurance provider for proper treatment.

She suffered delays and denials of various treatments required to help her manage the disease. At one point, they denied her life-saving treatment on three separate occasions, but she did not allow that to deter her. Swain wrote letters and made several calls to the appeals department of her health insurance to get her health treatment denial overturned and finally approved.

As a result of fighting for her care, Swain was invited by Dr. Michael Diaz, the director of Patient Advocacy and president and managing physician at Florida Cancer Specialists, for a week-long trip to Washington, D.C., to speak as a patient advocate. She was able to speak to Congress about the complexities of her disease and the many challenges she faces in managing it daily.

During that week, Swain met and spoke to different members of Congress and informed them of the health disparities within the Black community, how lupus affects African-American women disproportionately, and pushed for additional funding for lupus research and affordable treatment in underserved populations.

In the fall of 2018, the Lupus Foundation of America, Inc. announced that the President of the United States had signed a bill that funded an additional 14 million dollars for lupus research and treatment due to the efforts made by advocacy groups and during Patient Advocacy Week. While this is a considerable accomplishment, Swain knows much more must be done as she continues to advocate for herself and others.

Last year, she founded Swain Health Partners, LLC, which focuses on advocating for people who need additional resources to pay for doctor visits and prescription medications. But we cannot leave advocacy work to trailblazers like Swain alone; as she advises, we must be our own advocates.

Skipper also wants people struggling with lupus to educate themselves and their family members on the signs of autoimmune disease so that they can understand their family’s medical history, gain better awareness, and monitor their symptoms. She encourages Black women to communicate effectively with their medical team, informing their doctors of the smallest details, such as frequency of signs/symptoms, new medications prescribed by other doctors, and any vitamins or herbs they might be taking.

Sherman believes that the burden of proper care is on the patient for women of color. Black women must ensure they give their doctors all information needed for proper diagnosis and treatment. When they are being ignored, they need to keep talking and fighting until they are heard.

Education is the key to prompt diagnosis and treatment of a disease like lupus. With such a profound effect on women of color, more needs to be done to bring awareness to the Black community that is being affected and educate medical practitioners on the many ways the disease presents itself in minority patients.

Need Another Reason to Quit Smoking? It May Lower Home Insurance Costs