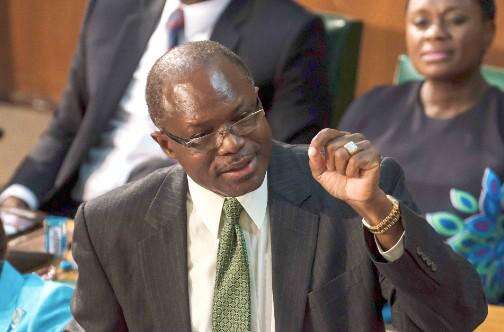 Minister without portfolio in the Ministry of Economic Growth and Job Creation, Everald Warmington

The Government has announced the pending privatisation of the Jamaica Mortgage Bank (JMB).

The privatisation will allow the bank to provide funds to the government, deepen the financial mortgage market, widen the base of the ownership of the JMB, and assist the bank to better achieve its strategic objectives which may lead to eventual expansion of its current product offerings.

Minister without portfolio in the Ministry of Economic Growth and Job Creation, Everald Warmington, spoke to the development on May 11 as he made his contribution to the Sectoral Debate in the House of Representatives.

The minister revealed that a Cabinet Submission has been drafted and consultation has been undertaken with the Attorney General’s Chambers, the Ministry of Finance and other stakeholders in a bid to finalise the recommendations.

“It is anticipated that the Cabinet Submission will be finalised in the 2022/2023 financial year,” Warmington stated. He said that during the year, the bank will also seek to diversify its offering to developers, including facilitating low-income houses for tourism workers.

Warmington noted that despite the impact of the COVID-19 pandemic, the bank performed admirably under the circumstances and in some instances, exceeded expectations.

“In fact, for the first time, the JMB has generated over $500 million of total income,” he said.