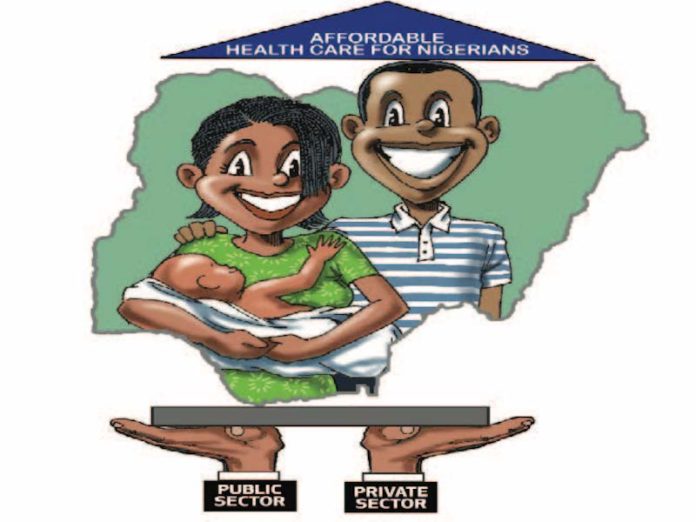 The recent signing of the National Health Insurance Authority (NHIA) Bill into law by President Muhammadu Buhari has now made it mandatory for every Nigerian to be covered under a health insurance programme. But while we commend the upgraded programme, where the bulk of the work lies is in the implementation of the law. The repealed NHIS could not grow the scheme beyond five per cent of the country’s 220 million people due to lack of implementation and political will. As a result, the country was losing hundreds of thousands of its citizens yearly due to inability to pay out of pocket expenses for their healthcare.

We concede that there can never be a one-size-fits-all model for guaranteeing health insurance for the society. But we believe that the defining problem with NHIS at the time was the system-wide inequalities in its implementation, including the lack of cohesion between the federal scheme and the ones promoted by the state governments, private sector, and healthcare providers.

Although many countries, including Rwanda and Ghana, have recorded successes in Universal Health Coverage (UHC), it took Nigeria 18 years after first establishing the National Health Insurance Scheme (NHIS) to own a document that now mandates every citizen to be enrolled into an insurance programme for their future health needs. In signing the bill into law, the president described it as a path towards providing universal health for at least 83 million poor Nigerians who cannot afford to pay premium. He added that the NHIA will collaborate with state government health insurance schemes to accredit primary and secondary healthcare facilities to ensure the enrolment of Nigerians.

This time, the NHIA has been established with a promise to deliver. Every stakeholder in the sector must ensure it is implemented to the letter as the nation is lagging in the 2030 target for Universal Health Coverage. The NHIA, in collaboration with state governments, private sector, healthcare providers, among others, must set processes in place to see that Nigerians – from those in the formal to informal sector, to the unemployed – are enrolled into health insurance schemes. The stakeholders must ensure, this time, there is synergy between themselves. With Universal Health Coverage as the goal, all tiers of government, healthcare providers and the various schemes must ensure the previous disparities they had that limited the implementation of NHIS are put behind them since NHIA promises to start on a clean slate.

The effectiveness of a social health insurance in Nigeria would also be strengthened with the inclusion of the 36 states into the scheme and getting them to set up and manage their own insurance schemes in line with the provisions of the reviewed health scheme. States that are yet to start their health schemes should take models of those who are making progresses. This should as well trickle down to their local governments, communities, wards, and families.

Ordinarily, the main goal of the NHIS is “to facilitate fair-financing of healthcare costs through pooling and judicious utilisation of financial resources to provide financial risk protection and cost-burden sharing for people, against high cost of healthcare, through various pre-payment programmes prior to their falling ill.” But only a small proportion of Nigerians have prepaid health care. The benefits of a health insurance scheme that works in a country like ours are many. One, the idea of cashless treatment for those insured makes it imperative for them to get immediate treatment during sudden ill-health, while the premium paid on health insurance is usually tax deductible. Until we can extend health insurance to all citizens, the country’s push for UHC will be a mirage.