loans worth more than ₾242 million ($75მmln/€70mln), including state co-financing exceeding ₾46 million ($15mln/€14mln), have been issued in eastern Georgia’s winemaking Kakheti region for wine production over the past nine years, the Georgian Agriculture Ministry said on Thursday.

The wine enterprise GWP, which exports the product to several countries including the United States, is among the beneficiaries of the Preferential Agrocredit Project, which has been issuing loans in support of wine production since 2013.

Otar Shamugia, the country’s Agriculture Minister, visited a winery located in Kvareli municipality of the region and stressed the importance of creating enterprises that meet modern standards for the development of the viticulture and winemaking sector in the country. 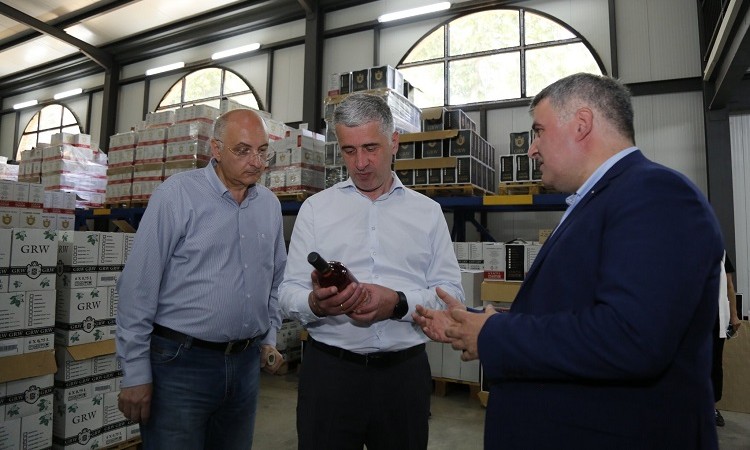 “Promoting modern production is important for our viticulturists to be able to deliver quality grapes at appropriate prices, to get quality wine and to export it,” Shamugia said. Photo: Georgian Agriculture Ministry

With a total investment of ₾13 million ($4.3mln/€4mln), Winery GWP produces 4,000 tonnes of grapes and employs about 40 people. It exports its wines to the US, China and European countries.

Between January-April 2022, the export of fresh grape wine totalled $60.3 million, amounting to a five percent share in total exports and marking a 5.5 percent decrease compared to the same period of last year.