Luna’s Do Kwon may face legal peril, some attorneys argue 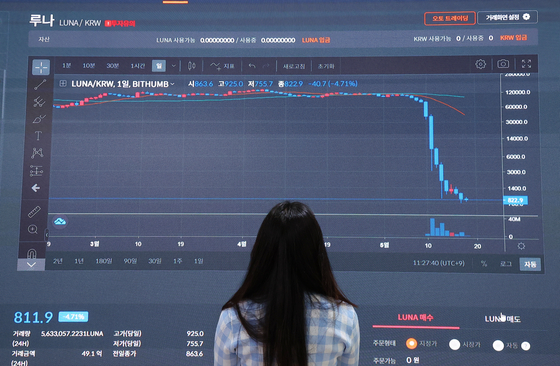 An electronic display board shows the plummeting price of Luna at a Bithumb customer center in southern Seoul on Tuesday. [YONHAP]


The mastermind behind the Terra stablecoin may face legal peril despite regulators in Korea saying there is little they can do about what may be the most dramatic collapse in financial markets history.

Fraud, misrepresentation and embezzlement have been mentioned as possible charges against Do Kwon by Korean attorneys. The possibility that the setup could have been a Ponzi scheme has also been suggested.

The attorneys warn that actual legal violations or regulatory infractions may be difficult to prove. Much is still not known and much is disputed while the relevant laws are complicated.

Kwon has not been charged with any crimes and has not been sued, though the U.S. Securities and Exchange Commission is investigating him and the company he runs, Singapore-incorporated Terraform Labs, for failure to register, acting as an unregistered broker and other securities law violations.

Korean financial regulators have so far been signaling a lack of legal justification to go after Kwon. 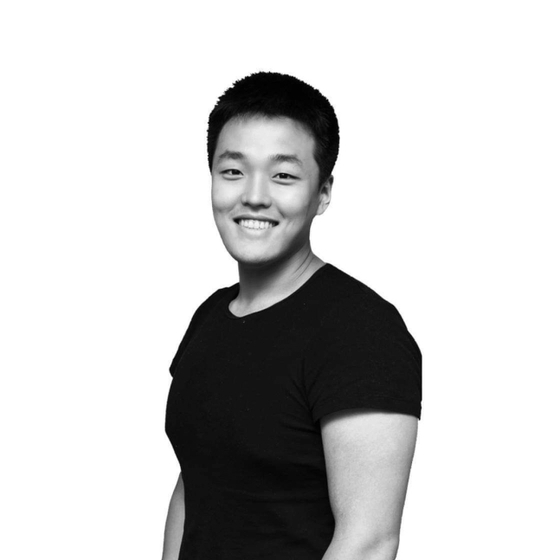 
Terraform Labs, founded by Kwon and Daniel Shin, pegged TerraUSD to the dollar by incentivising arbitrage with the Luna coin. When the system failed last week, the price of Luna collapsed by almost 100 percent overnight.

Some Korean lawyers argue that many existing statutes might be used in light of the damages caused by the failure and actions taken and comments made before the dramatic decline.

The attorneys interviewed were basing their comments on the facts as reported so far and publicly available documents.

Terraform Labs “issued far more coins than it had promised in its initial whitepaper,” according to Park Po-jun, an attorney at the Kisung law firm.

Whitepapers are comprehensive documents that discuss the theory and plan for cryptocurrencies, including the purpose of the coin and the technology behind it. Park argues that the Terra’s initial whitepaper capped the distribution of Luna coins to 800 million, with 400 million in circulation. But more than 6 trillion Luna tokens were issued over the span of a few days in May.

The latest whitepaper does not state a cap for the issuance of new coins.

Park added that “considering Terraform Labs intentionally siphoned bitcoin it held in reserve, the company knew about the unsustainability of the profit model from the beginning. Despite that, it was promoted to investors as if it was profitable and gained profit from it, which is clearly fraud.”

Luna Foundation Guard, established to construct a bitcoin collateral backstop for TerraUSD, shared in a tweet on Monday that it had 313 bitcoin left, down from 80,394 bitcoin on May 7. Luna Foundation Guard says the bitcoin was used to defend TerraUSD’s peg.

“If it’s proved that Kwon used the bitcoin for personal reasons, he may be charged with embezzlement,” said another attorney with experience in blockchain who spoke on the condition of anonymity. “But proving that may be almost impossible.”

Kwon may be punished for fraud if Terra’s anchor protocol is proved to be a Ponzi scheme, according to Cho Jung-hee, a managing partner at D.Code Law Group.

Anchor is a savings, lending and borrowing platform built on the Terra platform that allows users to earn yields on TerraUSD deposits and take out loans against holdings. Terra’s anchor protocol has offered yields of up to 20 percent to depositors.

“If it’s proved that it only works if there are continuous buyers of Luna and TerraUSD coins, the system may be verified to be a Ponzi Scheme and that may prove Kwon’s fraud,” said Cho.

Terraform Labs would have to have received money for a fundraising-without-permission charge to stick, he adds, but it is unclear whether cryptocurrency is money. As for others involved at various times in the development and promotion of the coins, proving guilt will depend on the level of knowledge about the operations of the business and the cryptocurrency.

A group of investors are preparing to file a class action lawsuit against Kwon. The movement is being prepared by members of an online community hosted on Naver and named Lunascam. More than 1,700 members are subscribed to the community since it was created on May 13.

They’re blaming both Kwon and Shin.

“They are swindlers who gathered people from around the world, issued coins, pulled up the price to the peak, sold massively and secretly dissolved the business without suffering any losses,” the main post read.

While Terraform Labs is a Singapore company, it was registered to conduct business as Terraform Labs Korea in Korea, with a main branch in Jung-gu, Busan and a sub-branch in Seongdong District in eastern Seoul.

According to Supreme Court records, the registration was listed as “dissolved” on April 30.