Mortgage rates could hit 10 per cent, according to a greenfield sector analyst, which could savage the property sector over the next two years.

Speaking at The Urban Developer’s Residential Greenfield Development summit, Research4 director Colin Keane said mortgage rates needed to be set at double the inflation rate, which is now at 6.1 per cent.

Keane said he believed mortgage rates would hit 10 per cent despite house pricing contraction, which could light the fuse on mortgage stress for many homeowners.

The average loan size for owner-occupiers in Australia is now $615,300, according to Australian Bureau of Statistics data. This is slightly down on the record high of $617,000 set in January this year.

A 10 per cent mortgage rate would effectively double mortgage repayments to an average of $5125 a month.

And it’s dire news for the greenfield sector, which is now experiencing the hangover from the pull forward of demand during the past three years.

“Fixed interest rates should be double inflation, somewhere around 10 to 12 per cent, to rein in inflation,” Keane said.

“Cash rates and lending rates are currently sitting at a level that will not control inflation.

“There will be a significant drop in activity over the next two years and we are already seeing it now.

“All of these things will frustrate activity in the market.”

Speaking recently on inflation, Reserve Bank of Australia governor Phillip Lowe said the central bank was still targeting a return to the 2-3 per cent inflation rate, but he was committed to maintaining the economy’s “even keel”.

“We don’t need to return inflation to target immediately, as we have long had, for good reasons, a flexible medium-term inflation target,” Lowe said.

“But we do need to chart a credible path back to 2-3 per cent.

“It is certainly possible to do this, but the path ahead is a narrow one and it is clouded in uncertainty. Domestically the path back to [target] inflation will be shaped by how the general inflation psychology in Australia evolves and how Australians respond to higher interest rates.” 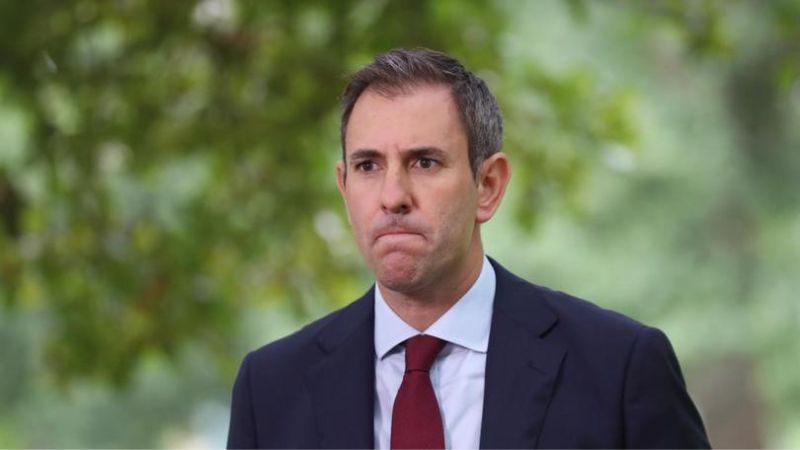 ▲ Australian Treasurer Jim Chalmers: the medicine is tough to take.

Treasurer Jim Chalmers has warned Australians to brace for short-term pain as Treasury revised up its forecasted inflation to peak at 7.75 per cent at the end of this year.

“Left untreated, inflation which is too high for too long undermines living standards and wrecks the economy,” Chalmers said.

“But the medicine is also tough to take, and millions of Australians with a mortgage are feeling that right now.”

Keane said the downturn of land sales was across the board nationally and didn’t represent a singular issue but rather a “change in the market”.

“We’ve seen a 22 per cent drop in sales volumes nationally quarter on quarter to about 3800 sales, which represents a 45 per cent drop year on year … but it’s still up on the pre-Covid period.

“We’re on the other side of the mountain now and we’re coming down.”

Keane is forecasting downward pressure on greenfield lots in line with the downturn in house prices as demand falls well below supply over the next 18 to 24 months.

“My projection is land sales will drop to 2600 lots per month, we’re going to continue to see a fall away on underlying demand. There will be downward pressure over the next two years for land pricing.”

But it’s not all doom and gloom. Greenfield markets bucking the trends include Casey in the Melbourne growth corridor, Moreton Bay and the Hunter region.

It points to a more sustained move to the regions where prices are more affordable, but still within commuting distance of major capital cities, according to Oliver Hume national head of research George Bougias.

“We have seen that the flight to the regions has continued unabated up to March 2022,” Bougias said.

“There are many regional markets which are facing land-supply shortages.

“Geelong, for example, is at eight years of zoned residential broadhectare land, well below the 10-year desired benchmark.

“There’s an urgent need to bring forward land supply in some regional areas.”

Villawood executive director Rory Costelloe said the slow down in sales volumes would provide a “catch up” period to deliver the huge volume of lots brought forward as a result of HomeBuilder and the pandemic.

“HomeBuilder created the most ferocious demand we’ve ever seen in our history,” Costelloe said.

“We’ve pushed prices too hard and then the RBA has had to step in and try and squash that.

“During the past six to nine months during the backend of HomeBuilder it was 45-60 sales a week, and the past couple of weeks it has been two or six.”

Satterley Property Group Jack Hoffman said their sales were down 60 per cent on the peak last year.

“Our buyers are sitting on the sidelines waiting for the dust to settle,” Hoffman said.

You are currently experiencing The Urban Developer Plus (TUD+), our premium membership for property professionals. Click here to learn more.