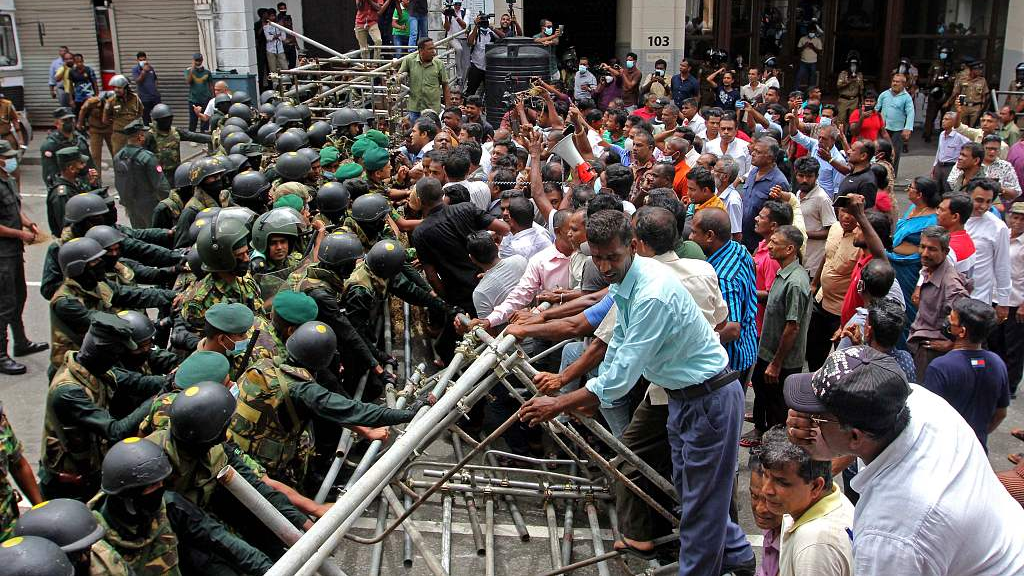 Editor’s note: Andrew Korybko is a Moscow-based American political analyst. The article reflects the author’s opinions and not necessarily those of CGTN.

Sri Lankan Prime Minister Ranil Wickremesinghe declared his country “bankrupt” on Tuesday, as a result of the island’s worst-ever economic crisis since independence in 1948.

Sri Lanka presently owes over $50 billion to international creditors. This April it announced it was suspending debt payments. Wickremesinghe said the crisis has made bailout negotiations with the International Monetary Fund (IMF) more difficult and complicated, dashing hopes that the nation’s much-needed recovery could begin soon after the talks concluded.

Wickremesinghe attributed the crisis to a combination of the prior government’s policy of reducing taxes and the economic-financial consequences of the COVID-19 pandemic. He told TASS news agency, the past policies deprived the budget of an estimated $40 billion, while the pandemic caused Sri Lanka to spend the rest of its reserves on emergency measures.

R. Ramakumar, an economics professor at the Tata Institute of Social Sciences in Mumbai, India, has some additional insight into the origins of Sri Lanka’s economic crisis. He wrote in an article that the island nation obtained 16 loans from the IMF from 1965 onward due to historical fluctuations in export earnings from agriculture and garments, two major industries.

Then the terrorist attacks in April 2019 that targeted churches and luxury hotels drastically reduced revenue from tourism, further draining foreign reserves. The tax policy that Wickremesinghe blames came during this period and subsequently, upon the onset of the pandemic, the government banned all fertilizer imports to “prevent the drain of foreign reserves.” The result was “a drastic fall in agricultural production and more imports.” As a result, “there was less money available to import food and food shortages arose,” leading to an increase in food prices. 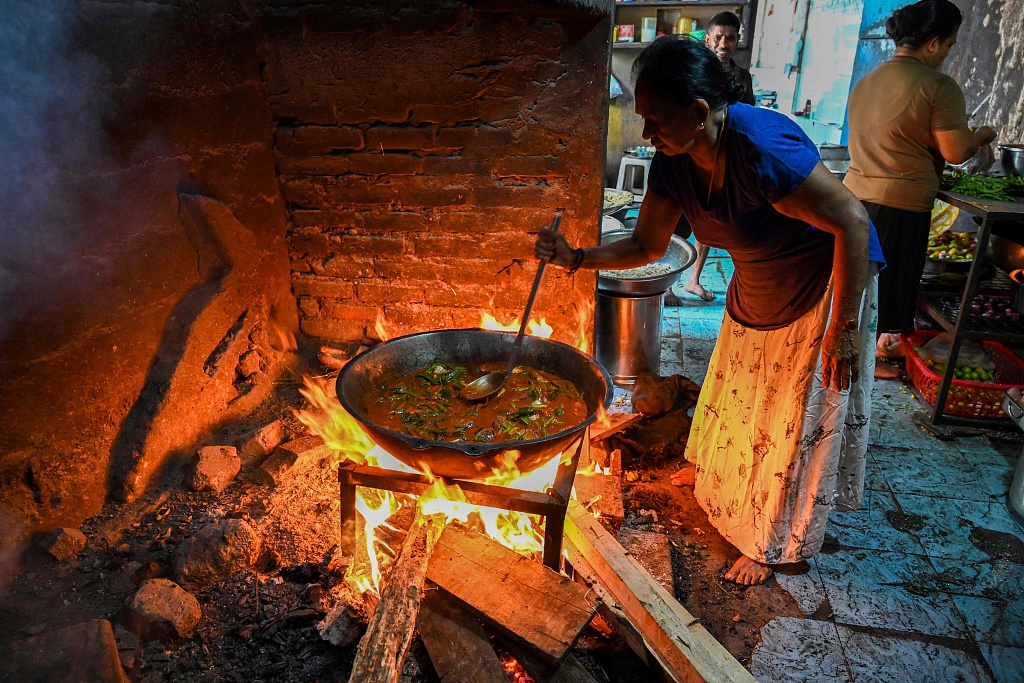 That’s crucial to keep in mind since some are blaming the Belt and Road Initiative for Sri Lanka’s bankruptcy. Loans from China accounted for only about 10 percent of Sri Lanka’s total foreign debt in 2020. Japan accounted for 11 percent while the largest portion, reportedly between 30 percent and 50 percent, is from international sovereign bonds that have a higher interest rate and a shorter repayment period.

By all indications, investing in Sri Lanka was a safe bet for everyone. The Financial Times reported in February that “Sri Lanka first tapped bond markets more than a decade ago, taking advantage of Western investors’ thirst for high-yielding assets as it sought to finance reconstruction following a civil war that ended in 2009…[It] has never defaulted and its successive governments have been known for a market-friendly approach.”

In hindsight, while the terrorist attacks and COVID-19 were both black swan events that were unforeseen, the tax and fertilizer policies were self-inflicted damage. Without intending to, the government planted the seeds that would ultimately crash the economy. It, therefore, wasn’t loans, least of all Chinese, that are responsible for Sri Lanka going bankrupt, but those two ill-thought-out policies.

It’s too late to reverse the immense damage they have inflicted but that doesn’t mean the situation is hopeless. Close partners like China and India have extended emergency aid while Russia sold Sri Lanka oil in late May, all of which helped alleviate some suffering. Still, a lot more remains to be done to sustainably resolve this crisis, which will likely require painful structural reforms.

Wickremesinghe optimistically predicted in the TASS interview that the crisis might stabilize by the end of the year and be fully resolved after another few years. For that to happen and to get back on the right economic track, Sri Lanka will require the support of the entire international community.

(If you want to contribute and have specific expertise, please contact us at opinions@cgtn.com. Follow @thouse_opinions on Twitter to discover the latest commentaries in the CGTN Opinion Section.)

IoT Insurance Market To Grow USD 317.31 Billion at a CAGR

IoT Insurance Market To Grow USD 317.31 Billion at a CAGR