UniCredit and Citigroup are exploring asset swaps with Russian financial institutions as western banks exiting the country scramble to avoid hefty writedowns on their operations, according to people with knowledge of their plans.

The banks are among a small number of western lenders with a significant presence in Russia. Moscow’s invasion of Ukraine and the subsequent international sanctions have forced foreign bank executives to consider turning their backs on the country.

A Financial Times analysis last week showed western banks were already steeling themselves for more than $10bn of losses on their Russian operations.

UniCredit has received several offers from Russian financial institutions to buy its local subsidiary since its chief executive, Andrea Orcel, said in March it was considering pulling out of the country, according to people familiar with the matter.

One offer came from Interros group, the investment business owned by Vladimir Potanin, one of Russia’s richest men and an oligarch who has not been sanctioned by the US, UK or EU, according to people with knowledge of the approach. But UniCredit had rejected the offer out of hand, they added.

The Italian bank has, however, continued to discuss selling its Russian business to a handful of non-sanctioned financial institutions — some of which are looking to expand into Russian banking — though any deal is not close, the people briefed on the talks said.

Russia’s banking sector is undergoing a period of rapid consolidation, prompted by western companies trying to exit the market and domestic businesses suffering under the weight of foreign sanctions.

Meanwhile, VTB, Russia’s second-biggest bank, has received backing from the central bank to take over state-owned Otkritie and RNCB. All three have been hit by western sanctions.

SocGen, which first entered Russia 150 years ago, stands to lose €3.1bn on the Rosbank sale.

UniCredit refused the Interros deal to avoid taking such a hit, said people briefed on the approach. “Why would we hand over the business for just one rouble?” one of the people said.

The Italian bank has said it could lose €5.3bn if its entire Russian business were wiped out.

Citi, which first announced it was trying to sell its Russian retail business last year, and UniCredit have both explored deals where they would swap their Russian operations for the local lender’s foreign businesses, according to people with knowledge of the plans.

UniCredit has been working on deals with non-sanctioned banks where it would swap its Russian loan books for the counterparty’s foreign credit portfolios, according to a person briefed on the arrangements.

This was one of the factors that allowed the bank to reduce its net cross-border exposure to Russia from €4.5bn at the start of March to €3.2bn at the end of April.

But as more Russian banks have been hit with sanctions in recent weeks, those options have become more challenging.

VTB and Sberbank, the country’s two biggest lenders that account for half of its banking assets, were the only two Russian banks with significant foreign operations. But both have been added to western sanctions lists over the past two months and are in the process of closing down their European businesses.

A sale to a non-sanctioned entity, rather than an asset swap, is Citi’s preference. It is having “multiple conversations” with medium-sized Russian banks to sell its consumer and part of its commercial operations in the country, a person familiar with the matter said.

The US lender declined to comment and pointed to chief executive Jane Fraser’s comments earlier this month, when she said it was in “active dialogue” with potential buyers of its Russian operations. 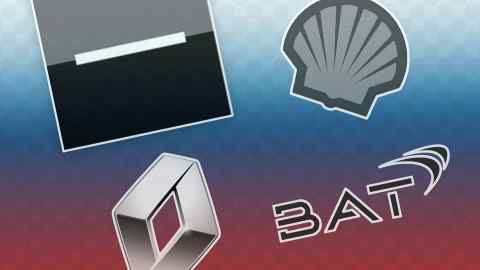 Western banks have also discussed with regulators the possibility of receiving special carve-outs to make deals with sanctioned individuals and companies as a last resort.

“If you can’t sell to a sanctioned person, what is the only option? You go and talk to the people imposing the sanctions,” said a banker involved in plans for one international disposal.

“Basically they have told us we could sell to a certain type of sanctioned person or entity. We probably won’t, but have had the talks, we have the cover to discuss things, we need to explore all options.”