by Matthew Upton
in Life insuranace
0

Taiwan’s worst COVID-19 outbreak has left the nation’s insurers bracing for more than US$1 billion in claims that the financial regulator is urging them to honor.

Insurers are looking to limit their losses on policies after underestimating the extent of the disease. 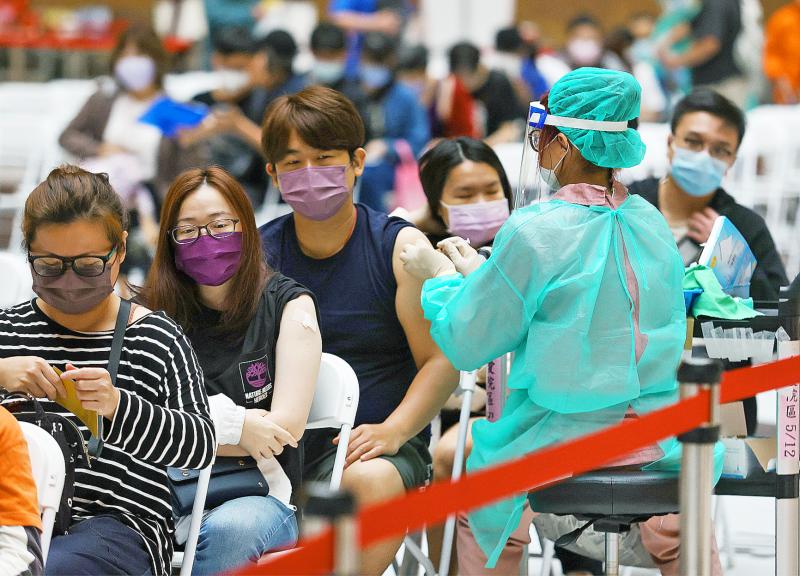 There are more than 6.3 million still active COVID-19-related policies and another million waiting for approval, the commission said.

As of Monday last week, insurers had paid out more to customers — NT$2.58 billion (US$87.9 million) — than the NT$2.12 billion in revenue they have received from premiums, the Insurance Bureau’s tallies showed.

With only about 2 percent of policies subject to claims so far and the outbreak showing no sign of abating, insurers are facing a wave of further claims next month and in July.

Speaking to lawmakers on Monday last week, Huang said that payouts would likely be higher than the NT$41 billion estimate mentioned by lawmakers.

While that is just a tiny fraction of the NT$2 trillion in net assets held by the local insurance industry, the majority of those are held by the large life insurers.

The potential claims represent about 25 percent of the assets held by property insurance companies, which were among the most active in selling COVID-19 policies.

When working out their risk models, many miscalculated the potential number of cases by a factor of nearly 100. They also failed to adequately estimate the necessary capital buffer.

“They shouldn’t have just said: ‘How much are our competitors selling? We want to sell that much too,’” Chang said by telephone.

Even the largest local insurers are likely to take a hit.

Claims at Fubon Life Insurance Co (富邦人壽) and Cathay Life Insurance Co (國泰人壽) could reach NT$5 billion, equivalent to about 2 percent of their net income this year, Bloomberg Intelligence analyst Steven Lam wrote in a note on May 13.

The generosity of the policies that insurers sold is a major part of the problem. Since the beginning of the COVID-19 pandemic, many companies have offered policies protecting customers against negative health impacts of COVID-19 and the associated costs.

Quarantine insurance is among the most popular. For as little as NT$666 a year, the insurers guaranteed to pay out NT$50,000 if the customer was required by the government to isolate. If the client later tested positive for COVID-19, they could get another NT$50,000.

The Life Insurance Association’s (壽險公會) statistics showed that the local insurance industry reported total premiums of NT$733.33 billion in the first four months of this year, a decrease of 20.6 percent from the same period last year, of which the first-year premiums decreased by 15.3 percent year-on-year.

The Taiwan Insurance Institute (保發中心) estimated that the industry might see total premiums decline by 18 percent this year due to a substantial drop in premiums of investment-linked insurance policies, the Chinese-language Liberty Times (sister paper of the Taipei Times) reported yesterday.